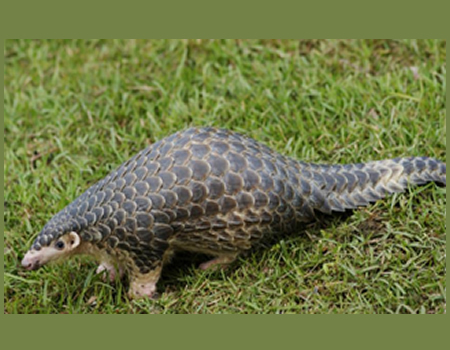 THE world’s most trafficked mammal, the pangolin, is found in Nigeria, and until recently illegal trade of this mammal has been paid little attention.

It should be known that China has what has been described as an “insatiable thirst for pangolin scales.” This is because the pangolin, a scaly mammal categorised as “critically endangered” is used as a special ingredient for a number of Chinese medicines. Their blood, their scales, and their foetuses are all used in traditional medicine.

Even in Nigeria, pangolin meat is a very expensive delicacy which locals simply term “bush meat.”

The recent seizure is not the first of such incidents. In December 2015, the Singapore Customs intercepted an air shipment of illegal ivory and pangolin scales in boxes labelled “synthetic wigs from Nigeria”. The scales were worth an estimated 1.3 million Singaporean dollars.

In June 2016, 4.4 tonnes of pangolin scales were seized in Hong Kong, hidden in cargo labelled “sliced plastics” from Cameroon.

International Union for Conservation of Nature (IUCN) estimates that, since 2012, more than 20,000kg of scales from roughly 30,000 African pangolins bound for Asia have been seized in Africa, Asia, or Europe.

This is only a little of what goes on internationally in the illegal trade of pangolins.

However, a group in Nigeria has decided to take action.

At the seventh World Pangolin Day, celebrated over the weekend, the Pangolin Conservation Working Group Nigeria (PCWGN), a group that is concerned about the conservation of the pangolin, outlined action plans to protect the animal while calling on the Federal Government, its agencies and the public to support.

Dr Olajumoke Morenikeji, Associate Professor Parasitology/ Ecology and Environmental Biology Unit, Department of Zoology, University of Ibadan, and coordinator, PCWGN, said the group has been involved in efforts to conserve the pangolin.

At the event held in Abeokuta, Dr Morenikeji said, “The need to actively and aggressively conserve the pangolin stems from the fact that it is the most illegally trafficked mammal in the world. This is due to the increasing demand for their meat, which is eaten as a luxury dish in some parts of the world; and their scales and other body parts which are used in many traditional medicines. This high demand is driving unsustainable levels of poaching and illegal trade.

“There are eight different species of pangolin and we have four of those species in Africa. The other four species are in Asia and are totally hunted down and endangered. So, the focus is now on Africa to supply the Asian demand for the animal.”

“Since the inauguration of the PCWGN in 2016, we have extensively created awareness on pangolin conservation in Oyo State and beyond by celebrating the World Pangolin Day two years in a row. A lot of school children have been thoroughly educated on the pangolin and its conservation. We have worked with hunters’ associations and law enforcement agencies in the drive to conserve pangolins. We have also been involved in the tagging and releasing of rescued pangolins into protected forest areas.”

This includes plans “to acquire a large piece of land for rehabilitation and research on rescued pangolins apart from the use of protected areas for release.”

Capacity building for law enforcement, greater vigilance at the nation’s air and seaports are part of the plans.

“We intend to, with the cooperation of NESREA, collate pangolin seizure data from Nigeria and trade information in order to understand trade dynamics and inform interventions,” and “work with identified local communities and registered hunter’s associations in various locations around the country to build capacity and support for pangolin conservation.

“For PCWGN, we still have a lot we have mapped out to do and we implore Nigerians to join hands with us and support us in this venture,” Dr Morenikeji said.