Entertainment
By Favour Boluwade On Jan 10, 2021 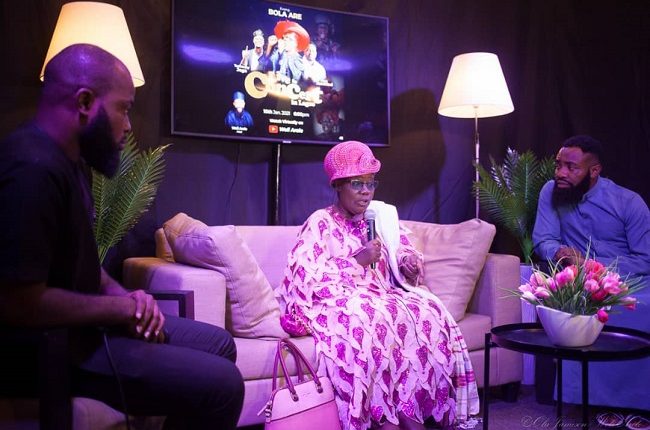 The live-in concert was borne out of the need to bring to the forefront, amazing works of Bola Are, legendary Gospel artist who has over 90 albums.

Arole said:  “In my early age, I was always around Evangelist Bola Are. My biological mother was Bola Are’s official designer. We have a mother and son relationship and my team wants to celebrate her musical feat.”

The Virtual concert which would be be live on Woli Arole YouTube channel would have on stage performances from Bola Are and other singers including TestimonyJaga and  Dare justified.

Confidence to start blogging was my biggest challenge —Ambsrowan