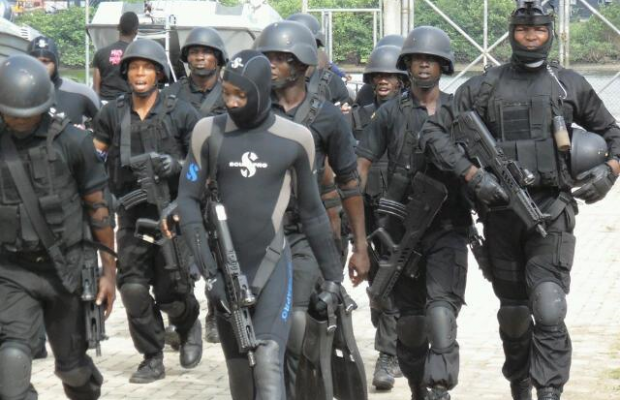 The Head, Maritime Guard Command of the Nigerian Maritime Administration and Safety Agency (NIMASA), Navy Capt. Yahuza Badamosi has revealed that delay in passage of the Piracy Bill and the slow judicial process in the country are major reasons piracy attacks persists on Nigerian waterways.

Speaking recently when the Shipping Correspondents Association of Nigeria (SCAN) paid a courtesy visit to the NIMASA management in Lagos, Navy Capt. Badamosi explained that there is no law yet in the country that criminalizes piracy activities.

According to Captain Badamosi, “it is important that the media help the public to know when a maritime crime is labelled as piracy or sea robbery. Consistent reporting of piracy attacks is affecting our standing at the International Maritime Organisation (IMO).

“When a maritime crime happens within our waters, it is called sea robbery. When it happens on the high sea, that is when it is called piracy. Most of the attacks that have been reported recently occurred within our waters, but the media reports that it is piracy. This is affecting our standing at the IMO because it is portraying us as being unsafe for maritime business.

“Another issue confronting the Navy now is the Piracy Bill that is still before the National Assembly. It is important that the media help us sensitise the general public on the importance of this Bill. If this Bill is not passed, there is really nothing we can do about piracy on our waters.

“The implication of the non-passage of the piracy bill is that when we arrest pirates and take them to court, there is basically no law to try them on. So in most cases, after arresting the pirates, they are released because there is no law to prosecute them on.

“Nigeria’s slow judicial process and delay in the passage of the Piracy Bill are major bottlenecks affecting the Navy’s fight against maritime crime in our waters.”

CVFF contribution increases from $195m to $350m in one year