Leadership & Management
By Sulaimon Olanrewaju On May 16, 2022 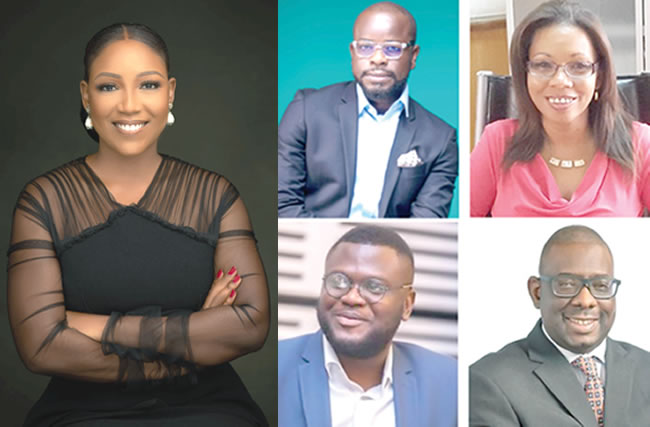 Leaders are change agents. What this means is that irrespective of the state in which a leader finds an organization on his assumption of duty, he is duty bound to make it better. No great leader leaves a company at the same point he met it or worse off than he met it. Anyone who cannot make the organization or nation he leads better is not fit to be a leader. Creating wealth for an organization is a definite way of making it better.

Leaders create wealth for their organizations or nations through various ways.

Vision is a powerful leadership tool. Vision is the compass that guides into the future. A leader without a vision is like a pilot without a compass, the end result is an unavoidable disaster. When leaders are bereft of vision, they subject their people to hardship and foist retrogression on their organization or nation. The reason is simple; without vision nothing new can be accomplished. When new things are not accomplished, the organization stagnates. But stagnation is only the first stage of retrogression because stagnation invariably results in retrogression, if it is not arrested. As it is said, stagnant  water stinks.

Leaders fall short of expectations for various reasons. Some of them are considered here.

Most leaders assume office with specific plans on what they intend to accomplish while in office. As a matter of fact, before a leader is appointed in most companies, he is asked to make a presentation on what he hopes to accomplish in office and the strategy to be deployed for that. If his presentation does not gel with the board, he is unlikely to get the appointment.

However, soon after getting into office, the leader realizes that he has other issues to contend with apart from what he had decided to devote his attention to. Oftentimes, the pressure of office forces him to abandon his original plan. Thus, instead of taking initiative on what matters most to the organisation, he becomes reactive. Invariably, he loses momentum and begins to slip.

Unless the leader is disciplined enough to consistently put the accomplishment of his stated mission on the priority list, he will soon find out that he has little or no time to attend to those issues. Meanwhile, the board will assess his performance primarily by what he had promised to do.

So, probably more than anything else, it is incumbent on a leader to keep in focus the stated mission to ensure that his energies and other resources are not misdirected.

A way out of this is for the leader to be resolute about devoting his time only to those things that nobody else in the company can do and delegate every other task. By so doing, he extricates himself from being bogged down by seemingly important routine matters and concentrates only on issues that are critical to the progress of the organisation.

Inability to respond to changing times

The business environment is dynamic. What worked hitherto may fail to work henceforth. A leader must be versed enough to realize this and proffer workable solutions. Leaders get executive pay essentially to solve problems. A leader is not expected to leave a company at the same level it was handed over to him. Great business leaders understand this; hence they stretch themselves no end to ensure that their organisations never have a better last year.

A leader who fails to proffer solutions to an organization in crisis has failed the basic test of leadership. That is what happened to Douglas Ivester, former Coca Cola CEO. He got into office hoping to use the same system employed by his predecessor in a different economic environment to solve a nagging problem. His strategy failed the first year but he did not know enough to try another strategy. When the trend continued the following year, the board had to show him the door.

A leader must not only be able to read and interpret the times accurately, he must also be able to proffer solutions to the problems that the changing times throw up. That is a core function of leaders, especially at the topmost echelon of an organisation.

Leaders fail when their reputation does not line up with their character. One of the key responsibilities of a leader to the rest of the crew is modeling integrity. A leader must always live by his word. A leader must never allow himself to fall into the rut of situational ethics, the suspension of the universal law on the altar of exigencies. The greatest capital of a leader is his integrity; once that is lost, not much is left. If a leader loses the trust of his followers, he has lost the followers.

Leaders find themselves adopting situational ethics when they don’t have strong convictions on some issues. Leaders who will go far always cross the bridge before they get to it. What most people do is to wait till they get to the bridge before crossing it. Anyone who operates like that will be unable to make right decisions because of attending pressure. Great leaders don’t allow themselves to be boxed into a corner, they act before it is necessary; they are always a step ahead of the situation. That gives them the opportunity of being clear-headed on issues and to take decisions based on merit and not any extraneous consideration.

Inability to move into the new role

Every leader has a background in an area. But by the time he is appointed as the CEO, he ought to leave his old role and allegiance to it behind. He should desist from working primarily for the interest of his erstwhile constituency and ensure that he operates as an overall CEO, not a sectional one.

This is the Waterloo of many star performers. Having excelled in a function, a leader is given high responsibility but more often than not leaving behind the former role mentally and moving into the new role becomes a challenge. A former Chief Finance Officer, who suddenly is made a CEO, continues to think and act like a CFO, forgetting that he has moved up. This will definitely affect the performance of his new function.

There must be a new thinking for a new level. There must be a different strategy for a different level. Hence the appropriateness of Marshall Goldsmith’s counsel to leaders that what got them to the current level will fail to move them to the next stage. When functions change, thinking should also change. Refusal to effect appropriate change could result in failure to meet expectations.

Many a leader gets to a point that he does not want to rock the boat. He is comfortable with merely maintaining the status quo and managing to get by rather than taking a risk and losing what has been accomplished. But history has repeatedly vindicated leaders who took risks. A leader who fails to make the right move at the right time loses momentum and may never recover from that. For a leader, opting against risk-taking is a risky venture.

A leader must learn to gauge the followers correctly otherwise what is meant for their good could be turned to the leader’s woe. Before carrying out any major policy change that will affect the followers, a leader must ensure a buy-in by the people first. Until that is done, he should not embark on any fundamental change.

As once observed by the late General Colin Powell, former US Secretary of State, “No good idea succeeds simply because it is a good idea. Good ideas must have champions – people willing to believe in them, push for them, fight for them, gain adherents and other champions, and press until they succeed.”

That will not happen until there is a buy-in.

Leaders love to sound and act tough so as not to be viewed as a weakling by those they lead. Consequently, they lose their soft power. A leader should not only be technically sound, he should also have a high level of people skill. A leader must be able to touch base with those he leads; otherwise he stands the risk of losing the followers or his seat or both.

A leader must be emotionally sound; he must be able to feel his people; he must be able to connect with them beyond official matters. He must resist the temptation to build a wall around himself. He must avoid getting a group that will be tagged ‘the leader’s gang’ or some other derogatory terms. If he does not do that, he will one day look behind him and find out that he is all alone.

A leader who has mastered the art of people skills will tell his people to go to hell and they will look forward to the trip because they know him enough to join them on the expedition. For leaders who want to go the distance, developing people skills is sine qua non.

To consistently surpass expectations, resting on the oars is not an option.

Return to cabinet: Uncertainty over fate of Malami, Ngige

Leaders and challenge of micromanagement

How leaders thrive in trying times