What people do not know about Obasanjo, Fasehun relationship —Osibote, OPC president 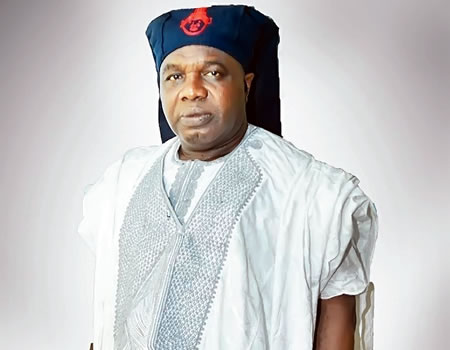 In this interview with KUNLE ODEREMI, the president of the Oodua Peoples congress (OPC), Prince Segun Osibote speaks on the problem of insecurity in the country, challenges confronting Yoruba land and perverted values among Nigerians. Excerpts:

What can you say about the predicament of the country today 20 years after returning to civilian rule?

Nigeria is going through a difficult time, and I must say that most of the major challenges are created by humans. We have had opportunities as a country. But we frittered away those ample chances of taking our rightful place in the comity of nations. Leadership ineptitude, greed, mutual suspicion among the ethnic groups that make up the federation as well as insensitivity to the fundamental principles of federalism have brought us to the current alley of despair and despondency. However, it is not too late for us to have a serious rethink on how to rediscover ourselves as a country. We must take realistic steps and measures to the end the era of impunity, injustice and thoughtlessness, otherwise we might be deluding ourselves in our desperate search for renaissance.

The situation is the South-West is most curious to many observers because the area was hitherto regarded as the heartbeat of Nigeria. Mass unemployment, collapsed infrastructure and insecurity are among the key issues in Yoruba land these days. How come the zone has found itself in such mess?

I still believe the South-West still constitutes the heartbeat of the nation, notwithstanding the avalanche of challenges facing Yorubaland now. It still has a comparative advantage over the other zones in terms of economic, political and social matters, as well as opportunities and prospect for prosperity and progress.  We should not lose hope at all. What I think has been missing for a very long time was the political will by leaders at different times to take pragmatic steps that could fast-track the process of the South-West reclaiming some lost grounds. Politics and economics go together; they are a twin mix that can deliver us. The people must realise that the conduct and outcome of an election does not constitute an end itself; it is a means to an end. In fact, the conduct of an election is only a stage in the process of guaranteeing good governance. Once the elections are over, the people must make serious demands from those that secure their mandate to govern on the key issues of accountability, transparency and equity. It is a crucial matter in the entire social contract between the elected and the citizens. The people at the grassroots level should form pressure groups with very well-defined mandate, aims and objectives weaved around good governance that will constantly monitor, engage and interrogate elected and appointed political office holders. They hold their positions in trust for the electorate.

So, while we must sustain the advocacy of power devolution and fiscal federalism, our people must also maintain pressure on the political elite to deliver on their promises to serve consciously, diligently and faithfully. We should not compromise on those demands because the peace, progress and stability of any society is dependent on the character of its political and economic elites. So, the onus is on us as citizens to put those in power constantly on their toes or in check since the safety valve of the society is dependent on qualitative and purposeful leadership. Coupled with that is that we should strengthen the mechanism for sanctioning misdemeanours among the political elite, otherwise the current peace of the graveyard might culminate in an implosion. I hope the leaders at the various level of leadership in the South-West will do the needful to avoid their being on the wrong side of history in Yoruba land in the future.

The labour of heroes like Chief Obafemi Awolowo, Chief Olusegun Obasanjo, Dr Fredrick Fasehun and many illustrious sons and daughters of the Yoruba ethnic nationality will not be in vain.  It is a sad that the Yoruba ethnic nationality that set the pace in all spheres in Nigeria and on the African continent is currently battling with severe socio-economic hardship and depression owing to collapsed infrastructure and manufacturing sector and perverted values. But like they say, tough conditions don’t last forever; it spurs people into breaking new grounds. The Yoruba will rise and rise again.

Some people claim that the OPC is part of the problems confronting the Yoruba now because perceived internal contradictions, with some critics citing the frosty relations between Obasanjo while in power and the OPC…

That is not true. Such critics are being absolutely unfair and unjust to the organisation, the true voice of the Yoruba nation. I am aware that a few disgruntled elements have tried to give the OPC a bad name following what transpired between OPC and the Obasanjo then. Despite those wicked moves, insinuations and manipulations, the organisation has remained focused, resolute and consistent in championing and defending the cause of the Yoruba ethnic nationality both in Nigeria and in the Diaspora. I recall the failed efforts by anti-progress elements to blackmail the OPC and Dr Fredrick Fasehun through misinformation about the relationship between Obasanjo and the founder of the OPC, Dr  Fasehun.  The records are there that there was no bad blood between Dr Fasehun and former President Obasanjo. Fasehun and the former Nigerian leader were regularly got in touch even to the last period that the OPC founder lived.

Yes, it is true that at a point in time when Obasanjo was the president of the country, he took some radical steps against the OPC, but virtually all those things you have in the public domain concerning that drama were not only exaggerated but concocted and twisted to suit certain narrow interests. A lot about what was assumed to have happened then were the figments of the imaginations of Fifth columnists masquerading as friends of the OPC but were out to destroy the organization that seeks to protect the interest of the Yoruba.

A few unscrupulous elements desperate to give the dog a bad name in order to hang it cooked up stories trying to frame up Dr Fasehun because of his uncompromising stance on the collective interest of the Yoruba ethnic nationality. They went as far as claiming that Dr Fasehun founded the OPC to destablise the country, engage in acts of felony and make Nigeria ungovernable for former President Obasanjo. But truth is constant. Dr Fasehun was unscathed. He refused to be cowed. And he kept faith with Obasanjo even after the former president left office.

Some elements had misconstrued what transpired between Obasanjo and the OPC founder following some issues in the South-West.  A few persons did that out of mischief; others did so because of envy, just as others did so out of ignorance.

The OPC holds Obasanjo in high esteem. No matter what anybody might say, especially detractors and enemies of progress. We in the OPC know that Obasanjo means well for the Yoruba race and Dr Fasehun never believed in the suppression of opinion. He was averse to people resorting to blackmail and character assassination. He believed and consistently said there was a limit to freedom, otherwise the society would turn into an animal kingdom and recipe for chaos, confusion and anarchy. Dr Fasehun encouraged dialogue as opposed to controversy and violence; he promoted collaboration and cooperation as against division and bigotry, which has the full potential for upheavals. He was an apostle of diplomacy and tact as opposed to self-help in the struggle against impunity, injustice, oppression and servitude. He was the chief protagonist of passive resistance as opposed to violent confrontation and change, as peace is sine qua non to political stability, economic growth and development. He did not pretend about his aversion for the policies of alienation and marginalisation.

Upon the news of Fasehun’s demise, Obasanjo got in touch with the family. And I want to place it on record that was a regular visitor accompanied by some members of the Congress. Ditto Fasehun’s personal assistant, Otunba Babatunde Thompson to Obasanjo at his Abeokuta residence and Ota Farm House in Sango in Ogun State.

It is true that the Obasanjo administration arrested and detained Dr Fasehun in connection with issues that had to do with the activities of the OPC in the South-West. But the action of the then president was based on the wrong information and confusion created by some unscrupulous elements in the land. The fact is that it was as a result of the wrong impression. The then inspector General Police, who carried the action took that action because of the lack of covert intelligence gathering before ordering the arrests over any crime or allegation against an individual, group. Perhaps, our greatest joy as ethnic nationality lies in the fact that both Obasanjo and Fasehun come from the same region.

The prevalent state of insecurity in the land has led to a preponderance of measures by the authorities at various levels. Beyond the brickbat and back and forth arguments on some of the measures, what do you think needs to be done to tame the challenge of insecurity?

One, Nigerians must realise that security is not the job of law enforcement agencies alone. It is the collective duty and responsibility of all the citizens of the country. Intelligence gathering is key. Coupled with that is the quality of the personnel in the various arms of government, especially the security agencies. Two, we need to motivate them through the provision of logistics, incentives, training and retraining, as well as the deployment of modern technology. Three, we need to talk less about our operational strategies so that we do not give vital security information to criminals and their local and foreign accomplices. Security is a serious business. No amount should be regarded as too much to channel into providing modern hard and software designed to combat crime. But we should ensure transparency and accountability in funding the sector.

Let me also emphasise the importance of community policing, or what is currently regarded as the civilian vigilante practice in the local parlance. It is a necessary level of policing that we need to sustain and strengthen. The tradition in the past was that communities engaged or hired persons that constituted security personnel under the neighbourhood watch. The members were courageous and responsible members of the society who made enormous sacrifice in terms of personal comfort, time and money to keep an eagle eye on the society night and day. We need to go back to the process and key into how it worked and provided useful intelligence report that guided and guaranteed a safe, saner climate and not season of fear like we have today.

We do it in the open here: 108 million Nigerians engage in open defecation, UN report claims

As a graduate, hunger forced me to become bus conductor —Lagos lawmaker