What is your take on Atiku Abubakar going to court to challenge the results of the presidential poll? 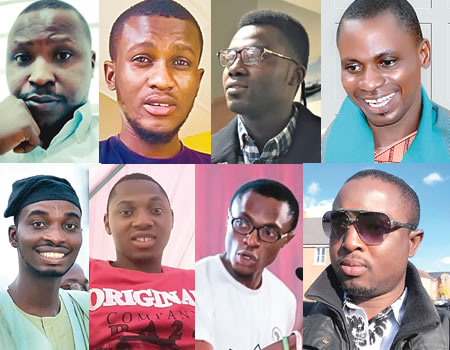 Elections are supposed to reflect the people’s will. This is what the rule of law stipulates. Going by the widespread irregularities of the last election caught on camera, ranging from suppression of voters to outright manipulation of figures, I think he should challenge it. Although history tells us that this might change nothing, records are there so they could be broken and history is there to be changed. The onus lies on Atiku to exercise his constitutional franchise.

Atiku going to court should be considered a waste of time. Although he is free to exercise such constitutional right, his case is more like a pregnant woman who is trying to convince people she has never had sexual intercourse before. He was rejected by his Northern family. In Southwest, he was rejected, and he managed to make a mark through his wife. South-south could not help but vote him. The Southeast voted for him because of the love of Peter Obi. My overall assessment proves that tribe played a major role in that election, but it was secondary to the role integrity played.

I would not say it is good or bad. However, we have our decisions to make. If Atiku thinks the masses were robbed of their mandates and he has enough evidence, I mean reasonable ones, to challenge the results of the poll, then he should go ahead. Not everyone could fight for his rights. He is confident of his decision. Anyway, for me, democracy is full of drama.

This is a normal step to take in a democratic nation when there is dissatisfaction with announced election results. Traditionally, this is what Nigerian political candidates do after elections, which is an important factor in our democratic growth. The PDP vice-presidential candidate in the February 23, Peter Obi, took to the court years back to challenge an election result. He won and subsequently reclaimed his mandate. Osun State former governor, Rauf Aregbesola, did same too and won his mandate. So, it is a modern way of fighting for one’s mandate.

As a matter of fact, Atiku has every right to go to the court if he is not happy with the election results. It is his civic right as enshrined in the constitution. Though, we know no arm of Nigerian government or system is independent as we are made to believe. The integrity of the presidency has been tested quite a number of times and it has failed the litmus test. All the best to Atiku.

My stance is that Atiku going to court is a justified one because the election was not fair and free. The information and various testimonies gathered so far are a moral backup for PDP. So, Atiku challenging the results of the poll in court is a rational one owing to the fact that the court is the last resort for social justice. Atiku believes the court would be independent and would be just in taking action. Even though it seems that the court is APC-oriented, various international bodies would be a sort of guidance to the court. There was a time Anambra State had the same electoral injustice and justice was served. In the same light, I believe justice would be served here.