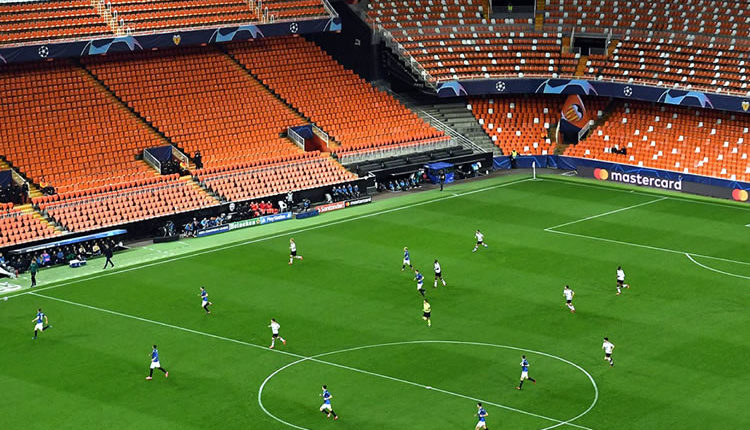 Whilst there are undoubtedly many things worse than football being cancelled, postponed or generally disrupted it is still devastating for the fans. Bill Shankly did famously quote ‘Some people think football is a matter of life and death… I can assure them it is much more serious than that’. Frankly, football means the world to millions across the globe and without it many are lost. This meant the impact of covid on the game was going to shake up many people’s lives even more. It now seems like a lifetime since stadiums were full and pubs were up to the rafters with fans singing their football songs. At the very least, footie fans can be grateful for a sustained showing of many top flight games throughout the lockdowns. But with the long 2020 calendar year over and many disappointed fans suffering through, 2021 offers a glimmer of hope.

Speaking of betting there is no better time to become a big bettor than a large footballing event, especially when you can access guides and tips for Saturday’s games and every other game online. Luckily, 2021 has one of these lined up. The Euro Championship that was meant to be held in 2020 was postponed to make way for club football to catch up. This means that 2021 will now include the Euro’s. It sees the best footballing countries from across the continent battle it out for the trophy. Last time out Ronaldo and his Portuguese teammates won it for the country’s first time in 2016. The long and tournament style football allows many punters to get a great chance to match bet, stick on large accumulators and take advantage of the huge amounts of betting promos that typically float around. Whilst the process is long and international breaks throughout the season are long and boring, when it comes to big tournaments there’s nothing quite like it. Hosting is being spread across the whole continent (well this is the current plans but they are subject to change which makes it even more exciting and will bring an excellent atmosphere to the whole of Europe.

A return of fans – some at least

Yes, I am going to use another quote. No-one could say it better than the legendary Jock Stein. The old Celtic manager famously said that ‘football without fans is nothing’. I think we can all agree that the fans make the game. Empty stadiums, lacklustre performances on the pitch and crumbling boardrooms are the new norm up and down the land. But all is not lost. Slowly but surely, fans have started to return to the stadiums. With lucky fans returning to top flight games in England in November it looks set for fans to return to stadiums in some form for the new year. Whilst it is hard to imagine that full stadiums of 30k + will be allowed to return until some sort of vaccine is provided, the return of some fans is better than anything. Even if it is just a thousand or so, the atmosphere generated from people in the stadium is undeniably better than FIFA crowd sounds stuck over silent stadiums. The novel nature of listening to players swear at each other, and the ref, has worn off and it seems like the very life of football had been sucked out of it. We all have our fingers crossed for a return of more fans to the stadiums.

Whether it be injuries, empty stadiums or just pure coincidence, this year the English Premier League seems to be more open than ever. Albeit, Liverpool look to be managing their rough patch exceptionally well, there is a real change in the standard top 4 with teams like Everton and Leicester gunning for Champions League spots. The most competitive league in the world seemingly just became even more competitive and that is music to any football fans ears. It makes sticking a little sport bet on or a coupon on the league even harder than ever. With consistent upsets and unlikely results the only safe money at the minute seems to be the bookies. There has never been a better time to strike some unlikely winners at the bookies than right now with such an open league.

It is fair to say that 2020 has been pretty rubbish for most people but what is exciting is the prospect of 2021. 2021 provides anticipation at a return to normality and certainly offers a glimmer of hope for many around the world. It especially appeals to football fans and football in general. With some good events lined up and fans making a slow, but steady, return to the stadiums I think we can all agree that things are looking a little bit more positive.

384 out of 802 returnees from Saudi Arabia arrive Abuja