We will stand with you, your children, 2face, ID Cabassa, others promise Sound Sultan’s wife 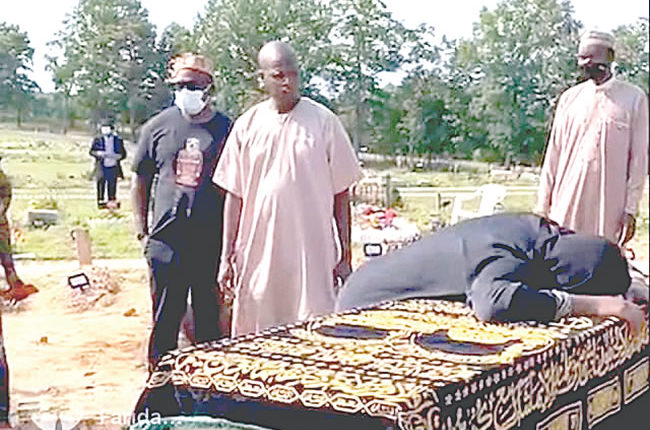 Popular friends of late musician, Olanrewaju Fasasi, otherwise known as Sound Sultan have promised to give necessary support and love to his immediate family, especially his wife, Farida and three children.

His close friends 2face Idibia, Basketmouth, ID Cabassa, among others in separate posts have been mourning the passage of their friend, whom they described as one of the most selfless and loving humans they have met, promising to support his family.

2face in his tribute to the late singer said he could not bring himself to believe that his best friend was no more, adding that while he knew his friend was sick, he never knew he would not make it back home alive.

2face in his message said his death felt unreal to him, adding that “I couldn’t bring myself to do this but what can we do? Rest well till we meet again. I will never stop celebrating you. I promise you that your family will be safe and good. I am grateful for you and the blessings that you represented in my life.”

In his tribute, popular comedian, Basketmouth said he never saw Sound Sultan lost his cool in over 20 years that he had known him, describing him as a humble and kind hearted who represented true definition of friendship.

Basketmouth who described Sultan as one of the best singers and actors he has ever worked with said he would always stand with his family and those he left behind.

“I will definitely miss those early hours of the day that I will call you and share crazy ideas with you, while taking notes as you threw in genius touches. You were selfless, disciplined and professional. You were unarguably one of the best writers I have seen. A brilliant actor, musician and one of the best comedians I have ever seen. We lost a good man. We lost a great man,” he wrote.

Famous music producer, Olumide Ogunade, popular as IDcabassa who was one of those who worked closely with Sultan on different musical projects said the singer was hopeful of beating cancer, lamenting that he would miss “a good man whose mindset, ideas and philosophy about life were exceptional.”