We want justice for all victims of rape, murder in Nigeria —MSSN

Islamic News
By Saheed Salawu with Agency Report On Jun 12, 2020 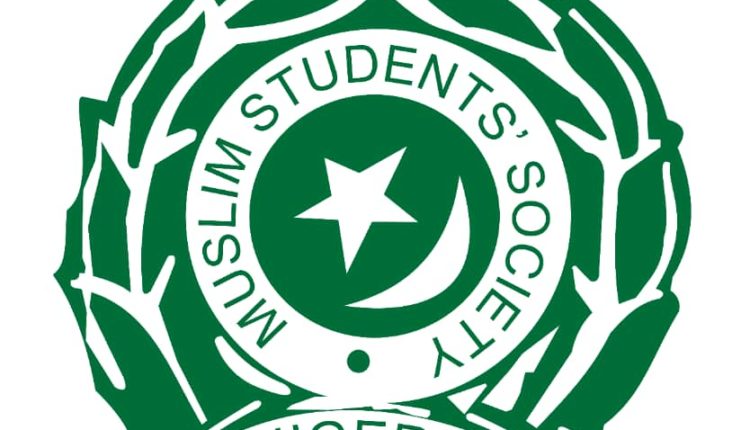 THE Muslim Students’ Society of Nigeria (MSSN) has said that the rate at which criminal activities are perpetrated in the country calls for urgent and decisive action.

According to the organisation, within a span of two weeks, Nigerians have been inundated with heartrending reports of rape, killings and other acts of violence.

It recalled the killing of Uwa (a microbiology student of the University of Benin) in a church in Benin City and the murder of Barakat and Azeezat in their separate homes in Ibadan and a host of other such criminal acts.

The MSSN, in a statement signed by its president, Dr Taofeeq Yekinni, and national public relations officer, AbdulAzeez Oladejo, said: “While different states of the southern part of the country are battling with the scourge of rape, kidnapping and unwarranted killings, the northern part is being ravaged by devastating bandit attacks.

“There seems to be no end in sight to the state of lawlessness. Nigerians are yet to be completely free from the hands of insurgents in the north-eastern part of the country.

“Banditry is affecting the population (about 21 million people) in some states in the north-west and north-central, making life largely unbearable and displacing people from the comfort of their homes, with no corresponding humanitarian response.

“Apart from displacement, the violence has hampered agricultural activities and heightened the risk of acute food shortage. Also worrisome is the fact that there is little or absolutely no policy in place to help rape victims; rather they are crudely subjected to social stigmatisation and humiliation.

“Whatever is being done by the Nigerian government to stem the tide has not been yielding the desired result. The preponderance of the attacks suggests abysmal intelligence gathering and inadequate intervention skills by the security agencies which emboldens criminals and incentivises impunity.

“The Nigerian security network saddled with the constitutional responsibility of safeguarding the lives and property of citizens seems to be helpless as different communities are left at the mercy of killers and bandits repeatedly.

“Furthermore, the country’s criminal justice system seems to be failing as its output does not deter crime. They rarely prosecute relevant cases successfully at the intensity required to deter rapists and potential rapists and other criminals. If this is the best that can be offered by the legal system, there is the need for a drastic reform to bring about effectiveness.

“MSSN condemns all acts of violence in their entirety. We insist on justice for all the victims of these crimes. We demand for the apprehension, prosecution and punishment of all the perpetrators of these dastardly acts.

“We also commiserate with the families of the victims, praying to Allah to grant them the fortitude to bear the losses.”

On female bodies and illusion of safe spaces in Nigeria