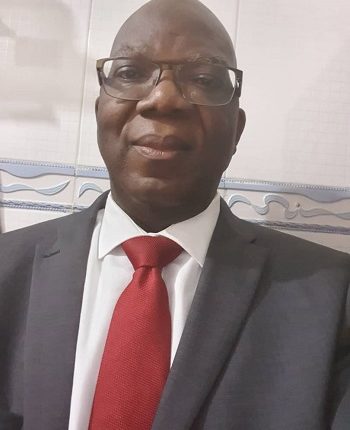 The National Assembly Service Commission has confirmed the appointment of Mr Patrick Ahonkhai Giwa, as the substantive Clerk of the House of Representatives.

The Speaker of the House of Representatives, Rep Femi Gbajabiamila, announced this on Thursday before the House proceeded on a two weeks recess

Mr Giwa was appointed Acting Clerk on November 26, 2018, soon after the expiration of the tenure of the former Commission.

The confirmation of Mr Giwa’ appointment along with some other Permanent Secretaries of the National Assembly, was the first assignment carried out by the new commission headed by Engineer Amshi.

Mr Giwa who was born on 25th November 1960, started his civil service career in 1987, after undergoing the National Youth Service Corps (NYSC) from December 1985 to November 1986.

He rose in service to become a Director, Deputy Clerk before his recent appointment as the Clerk of the House of Representatives.

Mr Giwa is reputed and respected for his skills as a highly efficient and resourceful bureaucrat and legislator. The announcement was greeted with a loud ovation from members of the House.

We want justice for all victims of rape, murder in Nigeria —MSSN

The Sheriff and Civil Processes Act