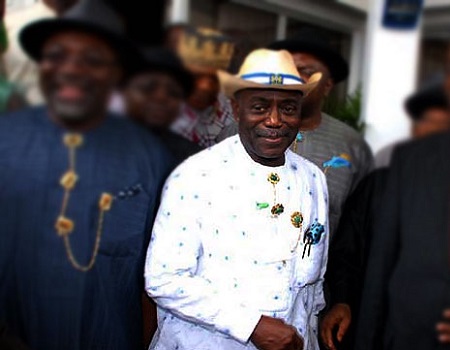 The Nigerian Immigration Service (NIS) on Friday, told a Federal High court in Abuja insisting that the International Passport of a former governor of Rivers State, Peter Odili was impounded by its operatives on the order of the Economic and Financial Crimes Commission (EFCC).

The anti-graft agency prayed the court to dismiss Odili’s suit seeking an order of the court for the release of the passport to him.

Jimoh Abdulkadir Adamu, counsel to the Immigration, while defending the action of his clients tendered a letter by the EFCC instructing Immigration to seize the passport because Odili was on the watch list for some infractions.

Adamu also asked the court to dismiss the matter because the name on the seized international passport did not correspond with the name of Peter Odili that filed the court case.

Odili’s passport was on June 20, 2021, seized from him by operatives of the Immigration Service upon his arrival from a trip to the United Kingdom and has since been withheld.

Justice Inyang Ekwo has however fixed October 18, 2021, for judgment in Odili’s suit challenging the seizure of his international passport by the Nigeria Immigration Service.

Justice Ekwo fixed the date after taking arguments from Chief Ifedayo Adedipe (SAN) who stood for the former governor and Jimoh Adamu who represented the NIS and its comptroller-general.

Adedipe while adopting his processes prayed the court to order the respondents to return the international passport of his client on the grounds that it was unlawfully seized from him.

He submitted that the right of Odili to owe property was violated by the immigration because there was no order of court before the passport seizure was effected.

Adedipe prayed the court to discountenance the claim of the respondents that Odili was on the watch list of the EFCC, adding that up till now, his client had not been interrogated or criminal charge instituted against him for any offence.

“The applicant is a senior citizen of Nigeria and is 73 years old, a former deputy governor, a two-time governor of Rivers and an accomplished medical doctor as well as a holder of national honours.

“EFCC is not a body that can instruct immigration to seize passport in place of a court order”, the counsel stated and further asked the court to reject a letter from the EFCC exhibited by immigration to justify the seizure of the passport adding that the purported letter can not take the place of an order of a law court.

Odili had dragged the Nigeria Immigration Service and its Comptroller General to court to challenge the seizure of his password at the Nnamdi Azikwe International Airport in Abuja for undisclosed reasons.

In spite of the huge investment in the water sector by the government and international organisations, water scarcity has grown to become a perennial nightmare for residents of Abeokuta, the Ogun State capital. This report x-rays the lives and experiences of residents in getting clean, potable and affordable water amidst the surge of COVID-19 cases in the state…We seized ex-Gov Odili’s  We seized ex-Gov Odili’s