‘We never saw this fame coming’ 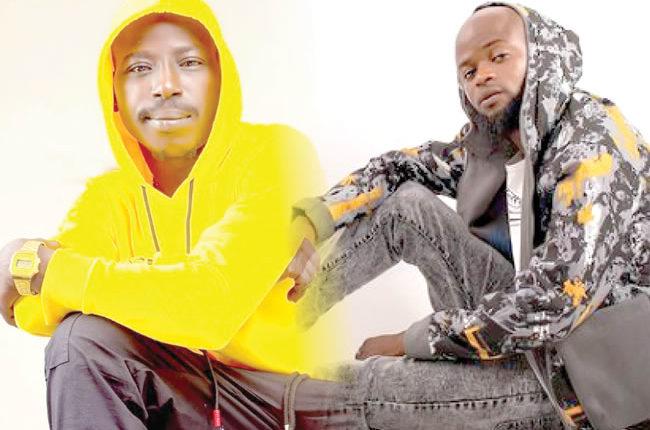 Instagram sensations, Evangelist Oba (real name, Adeyemi Ololade) and Evangelist Black Camaru (real name, Kamarudeen Yusuf) have lit up the Social media with their comic skits, based on the relationship between a preacher and his interpreter. Both recently granted several interviews, in which they revealed how their lives have been transformed by their new-found fame. KOLA MUHAMMED brings excerpts.

You have gone from someone who was relatively unknown in Abule-Egba in Lagos, to an internet sensation whose skits have rent the whole of the Social media space. How was life before you became popular?

Black Camaru: I was born into a polygamous family. It was a terrible experience growing up there. My dad married four wives, my mother was the third. For growing up, I suffered; ah, I suffered. The natural order is that misfortune befalls a person. In my case, I was the one befalling misfortune. This limelight is a huge surprise for me. I never believed that I could become an important personality in 2021. My life has been full of hardship. That’s why I have to get to the top. We are just getting started. I laboured to have something to offer. That’s why I’ll continue to do my best.

Evangelist Oba: Before the fame, we have been on the street, hustling, engaging in so many things, before we did the skit that went viral. We have done a lot and it is only natural that we’re overjoyed for all the recognition that we have been getting. We have been going places and the love we get from people has been so real and overwhelming. This is just the beginning. We are not even near where God is taking us to.

How did you two meet?

Evangelist Oba: The two of us are artistes. There was a street carnival that often brought us together. I would perform there as a guest artiste, Evangelist Oba would also perform there. But we had been doing music for some time with little attention coming our way. The two of us met and decided to work together on making music together. We made music but things did not improve. When we saw that we were making no progress, we decided to try out making skits, initially to promote our music. But neither of us could have predicted the limelight we are enjoying now.

Black Camaru, how did you feel when Wizkid posted your picture on Social media?

I was overjoyed. Wizkid is not a celebrity who posts randomly. For Wizkid to have posted my picture? Unbelievable! I say a big thank you to Wizkid, and to everyone who has been supporting us.

What brought the idea of making skits acting as evangelists?

Evangelist Oba: I dropped a single and committed so much resources to it and expected it to stream online. However, it attracted no single download or stream. I had been doing skits before and when my song was not gaining any form of traction, I thought of returning to skit-making in order to advertise my song and make people download it. I wrote a script for the skits we were to make and told Black Camaru to interpret whatever I said in English. Ever since then, things have not been the same again. We never saw this kind of attention coming our way.

What do you think about the turnaround your lives have experienced?

How do you hope to manage this fame and its accompanying wealth?

We are going to keep getting better and see how it goes. Now, so many brands have started approaching us for endorsement and so many people calling us for a feature. Celebrities in the music industry have also been reaching out for collaborations and comedians too have also been calling on us to work together with them.  It can only be God.

Though you have been churning out a lot of contents, what special plans do you have in store for your fans?

A lot more is definitely going to happen. Our fans should expect a comedy EP (Extended Play) where we will also feature many other comedians and popular faces. We will release some songs. It has been our first love and we will continue to explore that path. More importantly, now that we have the fame, we hope to keep creating impressive contents which will continue to keep us relevant.

Any word of advice for creatives who are seeking to become breakout stars?

If we can do it, certainly, anyone can. Just be hard working and keep trying. Even if it is carpentry, tailoring or bricklaying that you are into, keep at it. One day, success will come knocking on your door and you would never believe the reality. I never thought I, Black Camaru, could become popular in my wildest dreams.

Nigeria at war with itself ― Dogara

I would have been a professional basketballer —Remmy XO

More troubles for Baba Ijesha as top socialites, actors move against him Loses…