We had our twins after 12 years, popular Ibadan cleric, Akeugbagold, begs kidnappers

•Four arrests have been made – Oyo police command 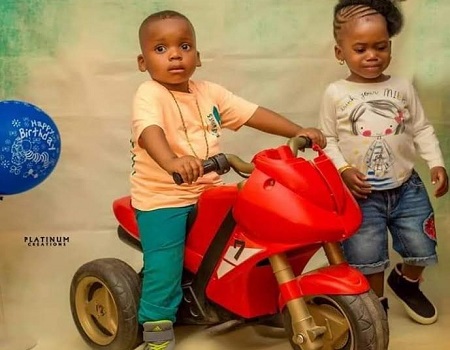 Sobbing and pleading, former Chairman of the Oyo State Pilgrims Welfare Board (Muslim wing), Taofeek Akeugbagold gave an account of how his two-year-old twins were abducted at gunpoint on Saturday night.

With teary voice, he besought the abductors to have pity on him and his wife who was barren for 12 years and only gave birth to the twins through In Vitro Fertilisation (IVF).

For more than 24 hours, Akeugbagold’s eyes have seen no sleep while he has fixed his gaze on his phone with the hope that the abductors will call to make known their request.

Speaking with Nigerian Tribune, Akeugbagold said the kidnap happened at about 7.30 pm at his house in Abatakan area in Ojoo, Ibadan, when he was out to record Islamic lecture to be relayed on radio and television.

Before he could rush home, having received a call from his wife that armed robbers were in the house, the abductors had overpowered the gatekeeper, got into the house and kidnapped the kids.

Narrating how the incident occurred, Akeugbagold said, “Some kidnappers came to my house with guns yesterday. We had a recording yesterday and whenever we have recorded, alfas do break their fast in my house.

“If we have a lecture, we sometimes go to Fresh FM to do it there live. Whenever we are returning, most of the security agents know that its either we are coming from a radio or television station where we went to deliver a lecture. 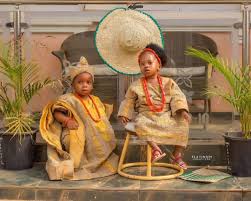 “Immediately, I left home, my wife just called me, saying that she was calling from a corner and that armed robbers were already in the house.

“Immediately I got the call, I turned back but before I got home, they were gone. All I heard was that they overpowered the gateman, pointed a gun at him and he surrendered. Even they pointed the gun at children of two years (sobs).

“This happened at around 7.30 pm. The Commissioner of Police came to my house this morning. I am appealing to the abductors to please pity my condition.

“I have not slept since yesterday expecting that the abductors will call. My wife was barren for 12 years; that is the only children she had through IVF. They should please call me. All I need is the safety of my children.”

Police Public Relations Officer, Gbenga Fadeyi, in a conversation with Nigerian Tribune, said four persons had been arrested in connection with the incident.

He assured of intensified efforts to secure the release of the twins while he sought the cooperation of all stakeholders in the ongoing investigation.

“Efforts are being intensified. Four arrests have been made and they are currently assisting the police in investigations,” Fadeyi said.

Coronavirus: Worldwide Death Toll Climbs To 200,000
More than 200,000 people worldwide have now died with the coronavirus, figures from Johns Hopkins University show. There are more than 2.8 million confirmed cases of Covid-19, according to the tally. It comes after the number of fatalities in the US passed 50,000, as Americans endure the world’s deadliest outbreak… Read full story

COVID-19: Area Boys Demand ‘Settlement’ Before Evacuation Of Suspected Coronavirus Patients
RESIDENTS of Willoughby Street, Okobaba, a thickly populated slum community located in the Ebute-Metta (East) axis of Lagos State were relieved with the sight of a siren-blaring ambulance from the Nigeria Centre for Disease Control (NCDC) which was in their community to fetch three suspected coronavirus patients for treatment… Read full story

Hang Abba Kyari On The Crucifix Or Beatify Him?
LAST week, conversations on the kind of man and the type of life lived by Malam Abba Kyari, late Chief of Staff to President Muhammadu Buhari – especially in the last five years or so of his life – almost deposed the narratives of the tragic coronavirus war Nigerians are fighting. Lest I forget, I apologize for my last… Read full story

ECA And Nigeria’s Drunken Sailors
KING Pharaoh slept one night and had too troubling dreams. He first saw seven plump cows by the Nile and another seven lean cows came and ate the plump ones. He woke up only to sleep and saw another seven good looking ears which another set of seven ugly ears came to devour… Read full story

COVID-19: Cleric Cautions FG Against Further Extension Of Lockdown
Primate Elijah Babatunde Ayodele, General Overseer of the Inri Evangelical Spiritual Church with headquarters in Oke-Afa has advised the Federal Government on the need to relax the ongoing lockdown in Lagos, Ogun and Abuja so as to prevent revolt by Nigerians… Read full story

Justice Under Lock: Hunger Romances Lawyers
FRIDAY, March 27 would remain unforgettable for Brother Mike Egbunu as he is fondly called. Late evening of that fateful day, policemen on routine patrol arrested him after receiving a distress call that some hoodlums were attacking and dispossessing people of their valuables along the Nyanya-Gbagalape road in Abuja… Read full story

Report Alleging Suspension Of Corps Members’ Allowances False – NYSC
The National Youth Service Corps (NYSC) has described the report that the monthly stipends of corps members for April and May will be contributed to the fight against COVID-19 as false. The Director, Press and Public Relations of NYSC, Mrs Adenike Adeyemi, dismissed the claim in a statement issued in Abuja on Saturday… Read full story

World Leaders Launch Plan To Speed COVID-19 Drugs, Vaccine
World leaders pledged on Friday to accelerate work on tests, drugs and vaccines against COVID-19 and to share them around the globe, but the United States did not take part in the launch of the World Health Organization (WHO) initiative… Read full story

US Says Will Not Take Part In WHO Global Drugs, Vaccine Initiative Launch
The United States will not take part in the launching of a global initiative on Friday to speed the development, production and distribution of drugs and vaccines against COVID-19, a spokesman for the U.S. mission in Geneva told Reuters… Read full story