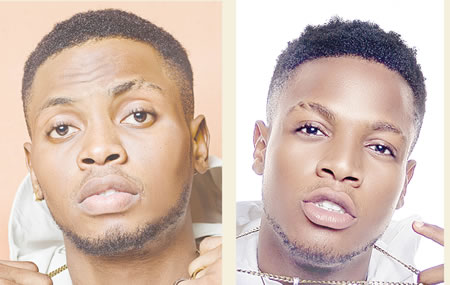 Having a duo act may not be popular in the music industry but it is not a rare phenomenon. From the nascent days of hip-hop in Nigeria have acts risen in twos and gone to conquer the scene.

One name that easily comes to mind is P-Square. The duo dominated the music stage like no other, paving way for generations to come after them.

While analysts will not count Peter and Paul Okoye as among the rising generation of singers, another duo are rising and are already being tipped to be the next superstar music brothers.

Fast-rising music duo act, Shedstar and Jeffstar, have begun climbing the ladder to stardom with two singles already to their credit and early signs suggest that the future is bright for them in the fast-paced dynamic industry.

The brothers, who hail from Anambra just like the Okoye twins, are university students with Shedstar the elder one a 300-level computer science and technology studentcurrently enrolled in Chukwuemeka Odumegwu Ojukwu University (formerly Anambra State University), Uli while Jeffstar the younger brother is a 200-level statistics undergraduate of Nnamdi Azikiwe University, Awka.

With the release of ‘Never settle for less’ and another tune ‘Asi’ about to drop, the pair have already hit the ground running and are proving that they have what it takes to cut it in the industry.

The brothers who are currently signed to Cruphy Entertainment have not shied from comparisons with the superstar Peter and Paul. However, they believe that they have the talent and drive to even be greater than they award-winning duo.

“Music has always been our passion and just like many music greats, we started early while we are at the university. People have always compared me and Jeffstar to P-Square and it will be a dream come true to attain such heights.

“We are Shedstar and Jeffstar, not Peter and Paul. Even though we are taking things one step at a time, we believe that we can be greater than the Okoyes,” Shedstar revealed to R.