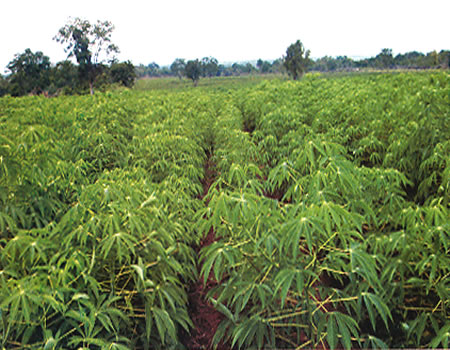 He said the situation has deteriorated that most farmers have abandoned their farms despite collecting loans to set up the farms.

Speaking with the Nigerian Tribune, Pastor Adewumi said he has been receiving several reports of attack on his members by suspected Fulani herdsmen while on their farms.

He said they are in talks with the Central Bank of Nigeria (CBN) for an additional funding for farmers to provide security for their farms.

“We have this issue of herdsmen attack, our farmers said that some of them will uproot cassava and give it raw to their cow. The fear of kidnapping and attack don’t allow people to go to farm, so most our farms have been abandoned.

“Unfortunately, loans were taken to set up most of these farms but on the long run, we have to abandon them.

We have been talking to the Central Bank of Nigeria for additional fund for security of the farm, but it is not all the herdsmen that are bad.

“Most farmers cannot go to farms because of fear of kidnapping, even most of us who are farmer leaders we used to go to farms with police escorts and a lot of escorts, so how do we grow food?”

The NCGA President said in some countries that are into dairy production, open grazing isn’t practiced over their, and they get maximum output from their animals.

“We have seen what is happening in many other countries of the world, I understand that diary product is one of the main income earner for India, in Ireland, they were one of the net importers of diary products, but they now export 90 per cent of their diary products, and in these places, there is no open grazing like we see in Nigeria, I believe that our government will do something so that the farms can enter their farms”, he added.