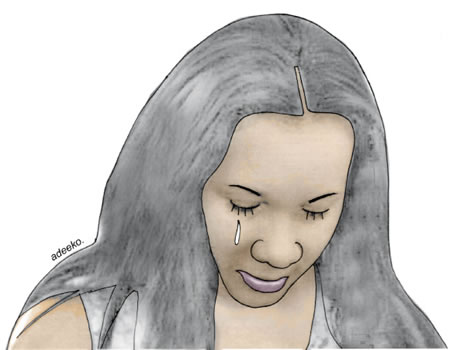 There is no tool for development more effective than the empowerment of women—Kofi Annan (1938-2018), former UN Secretary-General.

I am among millions of Nigerians who can’t wait for the day God will bless our dear country with a visionary and radical female president, along with a great host of the fairer sex of kindred spirit governing the states and heading the MDAs. The tragedy of an effete economy, social stagnation and political paralysis that we have lived with over the years is the consequence of the neglect of this formidable section of society by our leaders. Developing society and its constituents boils down to making use of all the functional human capital at your disposal. The moment you succumb to so-called imperatives of culture, false religion or superstition, and you drop the women, youth and the working class from your strides, you begin to enter a reverse march. That’s been Nigeria’s misogynist history, always drawing us into the bottomless depths of backwardness.

The tale won’t change unless we get the right leadership to tame our coy attitude to the womenfolk and youth. Women are only marginally outstripped in population by men. Yet the men appropriate the nation’s immense resources in destructively disproportionate margins that leave the women with near-nothing to feast on. This has shut them out of the economic, political and social production process. That’s unfathomable force denied their much needed contribution to the country. The result: colossal loss to community and country.

But the story is about to change, going by the promises of presidential candidate of the Peoples Democratic Party, Abubakar Atiku. He has been speaking ofa policy paper which says if he’s elected, not less than 40% of his cabinet appointments would be women and youths. His words: ‘’…I give an undertaking that if by the grace of God, I am elected…at least 40% of my cabinet would be women and youths…Our policy document … is dedicated primarily to creating an enabling environment for Nigerian youth and women to return to the path of wealth creation and gainful employment.’’

We should be excited. Why? Because according to the World Bank, ‘’Empowering women and girls (through vocational skills, education and political appointments) is not only the right thing to do, it also makes economic sense. Countries that invest in promoting the social and economic status of women tend to have lower poverty rates. For example, an extra year of secondary schooling for girls can increase their future wages by 10 to 20%. And evidence shows that resources in women’s hands result in household expenditures that benefit children (and the family and society ultimately)”.

What this implies and strongly advocates is for serious nations to strategically and sacrificially invest in their women; doing so is invariably securing society and its future. Niggardly funding for them and cancelling them out of the equation suggest we are not ready to follow this infallible thinking driving global growth policies. It predicts failure from the start, since you’ve excluded a critical segment of your productive machinery from participation in the nation-building project. As we wait for Atiku’s philogynist cabinet, if he becomes president next year, we must engage him in a dialogue over the women of his dream. We must help him to pick them, as they would be answerable to us (the people) in the long run, and not to any godfather, president or political party. We need women in the politics of 2019, but not the likes of those on the same page with the men of the ruling class.

We don’t expect Atiku to restrict the search for his female cabinet members and youths to the elite, urban areas, his party and his cronies. That would again be taking the beaten path of barrenness Nigeria has experienced since Independence. He should discard so-termed iconic women by marrying town and gown in government. There is a surfeit of ‘hungry’ women in the universities, in the civil service, and in the deep recesses of the countryside who haven’t eaten the ‘forbidden fruit’ of political or public office. They are waiting to be unveiled for selfless national service. There should be a market women leader, female journalist, female school teacher or principal in the cabinet of whoever is voted into office next year to reflect gender power redistribution.

Atiku should resist the temptation to get a crowd of female proxies of the wealthy and powerful political class. They would crowd him and his vision out. And that would be the first step of an irreversible move of the juggernaut of cronyism to crowd out the whole country itself. Ideally, Atiku should have started the campaign for a femalephile regime by opting for a woman vice-presidential candidate from the southeast. That would send a potent and transparent signal that there is no going back on the avowal of his project to rehabilitate our long forgottenwomen. A female vice-president in 2019 would be within a stone’s cast of a female president in 2023. Pity, Atiku lost that golden opportunity! Nigerian leaders have always come close to fulfilling the dream locked in their promises. But alas, they never get there!

How to create great lighting for your home