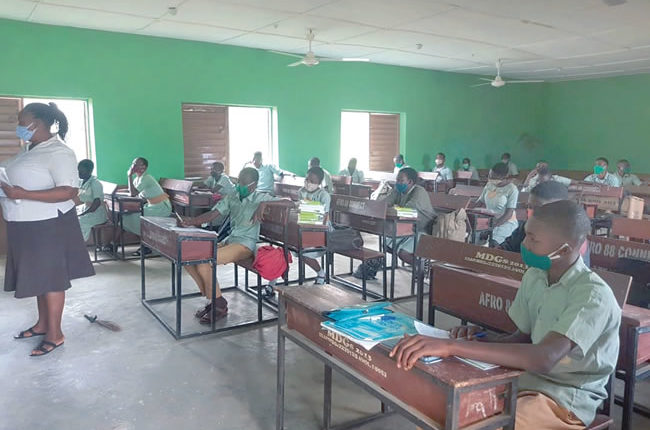 The Lagos State government has made it mandatory for all private secondary schools in the state whose students would be sitting for the forthcoming West African Senior School Certificate Examination (WASSCE) being conducted by the West African Examinations Council (WAEC) to secure approval before reopening.

It said the mandatory approval for private schools and processing would be handled online by the Office of Education Quality Assurance of the state through its website given as www.oeqalagos.com.

The Director-General of Office of Education Quality Assurance, Mrs Abiola Seriki-Ayeni, gave this hint at a media briefing at Alausa Secretariat on Wednesday.

According to her, the approval is necessary to show that private schools are on the same page with that of the government as regards the provision of safety guidelines and protocols and also adherence to same when students are back in schools on Monday for revision and their terminal examination.

She said the portal for registration would be opened Wednesday’s night and that any school that fails to get clearance before reopening would be sanctioned including shutting down upon discovery.

Mrs Seriki-Ayeni said the monitoring team from her office would be going round schools to see if they are compliant with all the safety guidelines.

She disclosed that her office has sealed off additional eight private schools in the state lately, bringing to 18 the total number of private schools so far sealed off for allegedly being found organising physical lessons for students which is against government order. She said the monitoring exercise would continue till normalcy returns and all schools are asked to reopen.

She said the government doesn’t want disorderly congregation of students as such portends great risk for the students and the society.