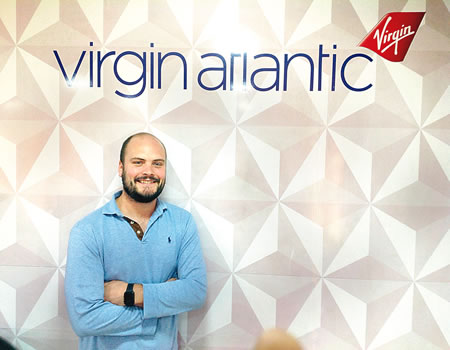 The British flag carrier, Virgin Atlantic has announced ambitious carbon targets, even as it renewed its mission to achieve net zero emissions by 2050.

Reinforcing its commitment to embed sustainability through innovation, transparency and accountability to do more for the protection of the planet, the airline’s new targets set a clear pathway to net zero by 2050, to achieve 15 per cent gross reduction in CO2/RTK by 2026 through continued fleet transformation and operational efficiency.

The British carrier, while saying it has a 15-year strong history as a sustainability leader, declared, “Today, the airline operates one of the youngest and cleanest twin-engine fleets in the skies, with an average aircraft age of just under seven years, following a multi-billion-dollar investment in fleet transformation over the last decade, which has so far delivered a 20 per cent reduction in fleet carbon emissions.”

On its innovation leadership position, the carrier said beyond fleet transformation, it was committed to working with new technology innovators saying, “To seed, support and adopt the breakthrough technologies capable of delivering change. As a long-standing advocate for Sustainable Aviation Fuel (SAF), Virgin Atlantic has been partnering with LanzaTech since 2011, flying the world’s first commercial flight operated on sustainable fuels in 2018 and supporting efforts to build the first UK SAF plant by 2025. It also continues to support new technology innovation, most recently working with partners, Storegga Geotechnologies and Carbon Engineering, to accelerate the use of direct air capture of CO2.”

As a founding member of Sustainable Aviation and the UK’s Jet Zero Council and through the Clean Skies for Tomorrow coalition, Virgin Atlantic said it continued to play an active role in bringing industry and government together to accelerate SAF development at scale.

Speaking, the CEO of Virgin Atlantic, Shai Weiss said, “The sustainability commitments announced today are part of the airline’s ambition to use business as a force for good and to empower everyone to take on the world. Recognizing the social and economic benefits of long haul travel but knowing we must find ways to do it better, for the benefit of our people, customers, communities and planet. Within the airline’s reward structure, measures are included that demonstrate commitment to sustainability, such as a carbon measure of CO2/ RTK (LTIP) and reduction in weight of raw single use plastics.

“We know that as an airline, we have a pivotal role to play in protecting the planet, while connecting people across the globe and strengthening crucial trade connections.

For more than a decade we’ve been leading the way in the de-carbonisation of the aviation industry and now as we emerge from the COVID-19 pandemic we have a unique opportunity to ensure we return to the skies more sustainably. The carbon targets outlined today will help us achieve this as we work tirelessly on our mission to reach net zero emissions by 2050.

“Aviation is a truly global industry, and we can’t tackle this on our own. That’s why we’re continuing to work closely with the UK’s Jet Zero Council and Sustainable Aviation, as well as aligning with innovation and technology partners across the industry and beyond. There is a long road ahead but we’re committed to pioneering change and being transparent on our progress, on our way to a low carbon future.”