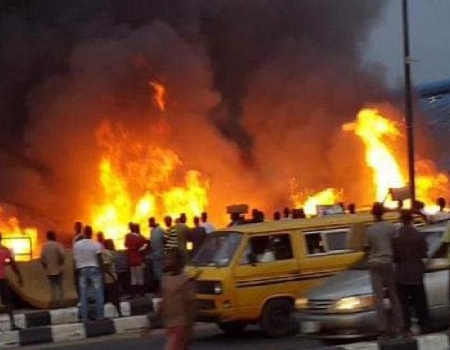 A pipeline belonging to the Nigerian National Petroleum Corporation (NNPC) has exploded in the Oke-Ode area of Abule-Egba, Lagos State, causing chaos in the area.

Confirming the incident, the Director-General, Lagos State Emergency Management Agency, Dr. Oluwafemi Okeosanyintolu, said, “There is a fire incident at Oke-Odo. We are already coordinating.”

“Three of our stations are present at the scene of the fire incident. The fire is still on, but under control, we deployed Agege, Alausa and one other fire stations to the area.

“The cause of the fire incident is still under investigation, no casualty has been recorded for now.”

Ekiti 2022: APC has no candidate yet, says aggrieved aspirant