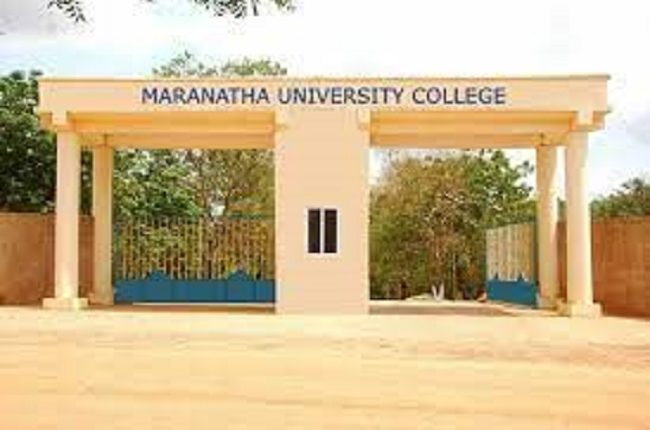 The Vice-chancellor of the Maranatha University, Mgbidi, Oru West Local Government Area of Imo state, Prof Ogwu E. Ogwu, stressed the institution’s commitment to adopt character formation as a way to stem the rising forms of immorality ravaging institutions in the country.

He also advocated for an academic curriculum that would feed students intellectually and spiritually in all tertiary institutions in the country.

Professor Ogwu stated this at an inauguration thanksgiving service of the Maranatha University held at the Praise Centre Church International, Owerri.

In his short message with the theme “the light has come”, he noted that the business of running a university is not a tea party.

The Don said that as a faith-based institution, his administration would do its best to move it to greater heights in the face of older academic establishments, feed the students intellectually and spiritually as the basis of character formation, treat them with firm love and discipline since the basis of the foundation is the love of God.

While paying glowing tributes to the proprietor, and other stakeholders of the institution for their zeal, courage and determination to bring the project to fruition, he promised to visit all the traditional rulers of the area to sensitize them on the arrival of the varsity.

Proprietor and member, Board of Trustees (BOT) of the institution, Pastor (Mrs) Grace Ngubo, explained that the vision is to build a world-class university based on faith and integrity, just as the mission is to provide basic academic programmes that would provide skills and ability.

She regretted that many youths acquired education without morality and the fear of God, and warned that the future would be bleak if this is left unchecked.

“Ours is to produce graduates imbued with the fear of God and who will be internationally acceptable to compete favourably with their counterparts all over the world,” she stressed.

Also speaking, the chairman of the Project Implementation Committee (PIC), Professor Ogbonnaya Chikwe Onwudike, congratulated the proprietor on her worthy vision which he said is one of the best Christian universities across the globe that have made university education accessible for the youths.

Rev Chukwuemeka Ngubo, the Chancellor and Chairman, BOT of the institution, announced immediate full 4-year scholarships for the first three indigenes of the area to be admitted into the institution irrespective of their villages from Mgbidi.

Communal disputes: No land is worth blood of any Deltan― Okowa