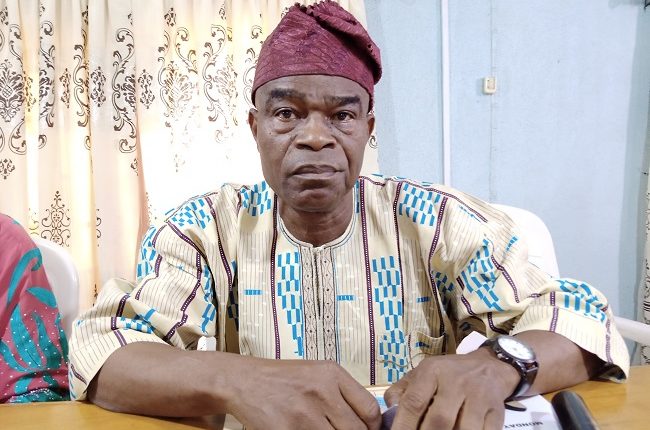 The Nigeria Union of Pensioners (NUP) in Ekiti State has begged the state governor, Dr Kayode Fayemi, to divert the planned bailout by the Federal Government to pay the outstanding pensions and gratuities of pensioners in the state.

President Muhammadu Buhari had last week approved the disbursement of N18.2 billion to each of the 36 states in the country to meet major needs especially payment of workers entitlements and emoluments.

Addressing journalists in Ado-Ekiti, the state capital on Monday, the state NUP chairman, Joel Olomi Akinola, regretted that pensioners in the state had been neglected and abandoned leading to increasing deaths of members in the state.

He revealed that pensioners were being owed up to six months amounting to billions of naira in the state, saying the bailout from the federal government should be entirely used to address the challenges of the pensioners who had worked tirelessly for the development of the state.

The NUP chairman lamented that several letters and advances to the governor on the plight of the pensioners had failed to achieve the desired results, noting that pensioners deserved their gratuities and pensions while alive not when they have passed on.

According to him, “We have been marginalized and left out of the scheme of things in the state and don’t forget that we laid the golden egg which everybody is enjoying now. Why should we be left behind and rejected in society?

“The Federal Government is sending another round of bailout to states soon and we want to say that it should be made available for the pensioners because we have been left alone for too long. Anything that will require saving lives should be the priority of government at this period, not frivolities.

“Our members are dying every day due to lack of money and resources to take care of themselves and we want the government to be steadfast in paying our members to save lives.”

On the backlog, Akinola noted that the government is owing state pensioners three months and local government pensioners seven months, which he said should be paid to them and not their families when they are dead.

“Our members are old people who are vulnerable to all sorts of old age-related ailments. They want their monthly pensions and gratuities to be paid regularly and on time to enable them to take care of themselves and eat the fruit of their labour while alive.

“We humbly appeal to the governor to reinstate the N100 million allocation to liquidate the mounting unpaid gratuities, this allocation has been quite irregular and we are appealing for increased allocation from N100 million to a more substantial amount that will lighten the heavy debts,” he said.