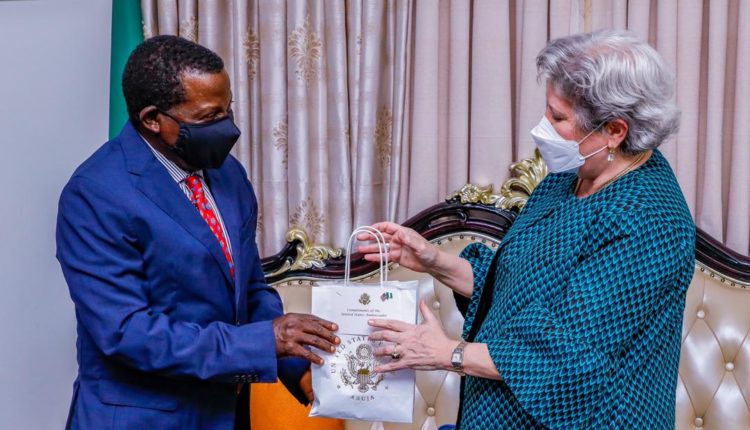 United States Ambassador to Nigeria, Mary Beth Leonard, has declared the readiness of her country to support Plateau State in the area of health, peace, security and economy.

The ambassador, who disclosed this during a visit to Governor Simon Lalong at Government House, said she was in Plateau State for the launch of the HIV Treatment Surge Light Campaign aimed at further reducing the burden of people living with the virus as well as preventing further infections.

She said the partnership between the US government through its agencies such as the USAID, APIN, PEPFAR will continue especially now that the world is dealing with other health challenges such as COVID-19.

She also assured the governor that the United States will continue to deepen its support for peace building and dialogue in the state in support of the restoration of substantial peace in Plateau.

In his response, Governor Lalong said the visit of the ambassador to Plateau State reaffirms the commitment of the United States to supporting various initiatives for development in the state and thanked the American government for the support towards establishing the Plateau Peace Building Agency which has become a model in the country.

On HIV/AIDS, the governor said a lot is being done to ensure that those infected have access to treatment while those who are not infected remain negative.

He also told the Ambassador that Plateau State remains a viable investment destination for agriculture, tourism, solid minerals, technology and human capital development and said US investors are welcome.