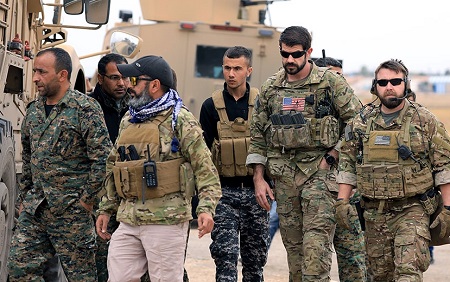 The Trump administration is planning to withdraw thousands of troops from Afghanistan, US media say.

Reports, citing unnamed officials, say about 7,000 troops roughly half the remaining US military presence in the country could go home within months.

The reports come a day after the president announced the country’s military withdrawal from Syria.

BBC reports about the sharp reduction of forces emerged on Thursday, but have not been confirmed by US defence officials.

Analysts have warned that a withdrawal could have a “devastating” impact and offer Taliban militants a propaganda victory.

The Taliban a hardline Islamist movement that carries frequent suicide bombings and attacks against government and military targets is active in much of Afghanistan.

They ruled Afghanistan from 1996-2001, imposing a brutal version of Sharia law, including public executions and amputations, and banned women from public life.

The US has been in Afghanistan since 2001, after the 11 September attacks. It the longest war in US history, and has claimed more than 2,300 American lives.

When the Taliban, who controlled Afghanistan, refused to hand over al-Qaeda leader Osama Bin Laden – who said he had organised the 11 September attack then US President George W Bush launched a military operation to find Bin Laden and remove the Taliban from power.

US special forces eventually found and killed Bin Laden in Pakistan in 2011. American-led combat operations in Afghanistan officially ended in 2014.

But in the years since then, the Taliban’s power and reach have soared – and US troops have stayed on the ground in an effort to stabilise the country.

Before his election, Mr Trump repeatedly publicly advocated leaving Afghanistan, describing it as a waste of money.

However, last year he indicated he would keep boots on the ground indefinitely to prevent the country’s collapse, and said the US would send 3,000 extra troops to the country.