US reiterates commitment to support development in Nigeria 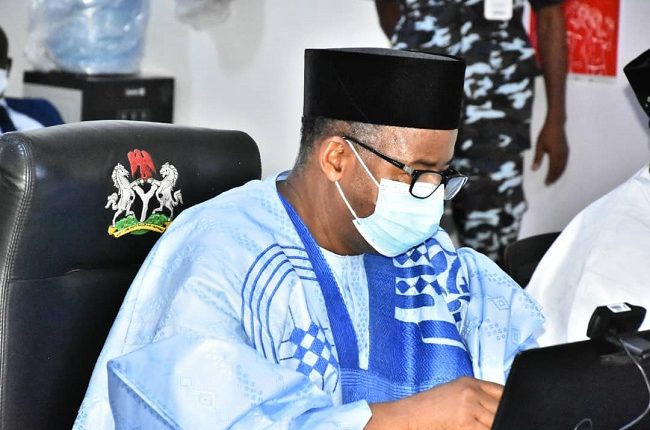 United States of America (USA) has reiterated its commitment to support Nigeria in every aspect of development particularly in the area of health care services delivery which is key to general development.

The commitment was reiterated by the US Ambassador to Nigeria, Mary Beth Leonard while speaking in a teleconference with Bauchi State Governor Sen Bala Mohammed Abdulkadir during the official launch of the COVID-19 Emergency Operations Center (EOC) on Wednesday.

Mary Beth Leonard said that the US through the United States Agency for International Development (USAID) has over the past years intervened in the various key sectors of the country through grants and supports running into several Billions of Dollars.

She particularly said that at the outbreak of the COVID-19 pandemic in the country, USAID has identified 8 partner states in the country including Bauchi which it is supporting in the area of management of the pandemic.

The American Ambassador then commended Bauchi State government for its commitment to fight the spread of COVID-19 stressing that everything possible must be done to curb the pandemic from further spread among the communities.

While launching the EOC, Bauchi State governor, Sen Bala Mohammed Abdulkadir commended the US government through the USAID for the various interventions in the state saying that it has gone to strengthen democratic rule in the state.

Bala Mohammed recalled that when he was in isolation after testing positive to COVID-19, the American Ambassador was the first to personally call him and sympathise with him saying that the act gave him the courage to fight the virus.

The governor said that Bauchi State been one of the epicentres of COVID-19 pandemic in the Northern states is doing everything humanly possible to check the spread of the COVID-19 among the citizens stressing that his administration will continue to ensure that the people were protected.

On the EOC, the Governor said that it came at the right time because it will assist in no small measure efforts at tackling the COVID-19 in the state because according to him, data and accuracy in statistics are required if positive progress must be made.

Tribune Online reports that he then assured the American ambassador to Nigeria that his administration will continue to collaborate with USAID in the efforts to bring development to the state particularly the areas of health care reform and education.

In his brief, State Commissioner of Health, Dr Aliyu Maigoro Mohammed said that the EOC has assisted greatly in the fight against the spread of the COVID-19 pandemic saying that daily coordinating meetings are held there.

The Commissioner said that “The launching of this Public Health Emergency Operation Communication Center is timely. USAID-RISE project, implemented by JHPIEGO and partners had really supported this centre with modern communication gadgets which have facilitated our case management and surveillance”.