Nigeria has been recycling people who have nothing to offer as leaders —Olafemi, ex-Kogi acting gov 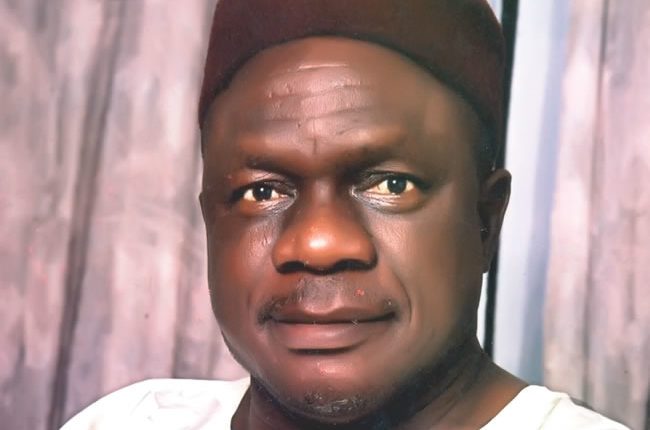 Chief Clarence Olafemi, a former acting governor of Kogi State, speaks on the clamour for new constitution, restructuring of the country and other issues. YEKINI JIMOH was there.

THE recent #EndSARS protests have snowballed into great crises and have led to the killings of many youths by the securities operatives. Where did the nation get it wrong?

Honestly, the situation in the country at the moment is fearful and calls for concern. I have seen this coming a long time ago. Unfortunately, Nigerians are the cause of these problems because the military started creating the problems we are passing through today when they ruled the country for over two decades without an iota of plans for the country. The military were trained to fight war, defend the territorial integrity of this nation. But they were not trained to be administrators and as such, they cannot deliver good governance. Sadly, they forcefully took over power and leadership of the country for a long period of time and they only succeeded in messing up and balkanising the future of the country. The military were the entity that started manual adjustment of the foreign exchange, killing our economy to the root. They were the ones that started banning this, banning that when they truly knew that the country could not produce even a pin. They collapsed the economic viability of the nation without recourse for the future and the future we are talking about has just started. For instance, some of the military juntas came with a little sense of governance, while some did not possess it at all. The military were the ones that started, aggravated and almost institutionalised corruption in the country because they were not accountable to anybody other than their boss that assigned public office to them especially those assigned as administrators of states or ministers. There was no auditing of the income and expenditure and they didn›t owe any Nigerian explanation on how they governed the nation and they seemed to have a written agreement within the system that whosoever came into government couldn’t probe his predecessors

So, the genesis of corruption was not during the era of leaders like Sir Tafawa Balewa, Sir Ahmadu Bello, Chief Obafemi Awolowo, Dr Nnamdi Azikiwe and a host of others, who served us selflessly before 1966. It was during the military that corruption started and I could remember an interview Chief Awolowo granted and he was bluntly told that he could not be the president of Nigeria because he was too straight forward and too intelligent. Our colonisation was extended beyond the coup of 1966 by the British, the French and the Germans. The colonial leaders would not give you the technology that would make you economically buoyant and Nigerians under the military were not intelligent enough to fashion out our own pattern of government that would make us economically independent and as such, we kept on depending on crude oil. Instead, the colonial power kept on advising us to take International Monetary Fund (IMF) loan that would not help us to grow our economy. In 1981, for instance, the naira was far stronger than the dollar as one dollar then was 70 kobo. Within few years, the military came and manually turned a dollar to #8, then #22, #54 and at a point, all our economic prospects nosedived and started collapsing like a pack of cards.

First, the price of imported goods started skyrocketing; we could no longer import goods to meet our demands and we started living a life of second class citizens in our own country. We started buying second hand cars because new cars were virtually out of reach of ordinary Nigerians except government or very rich companies. So disheartening, 95 per cent of the economy of the country depended solely on crude oil. And because of the manually adjusted naira and dollar, many companies folded and packed out of the country. Companies like Leventis Stores, Chellerams, Kingsway, Bata and others that were viable and had value to the growth of the economy closed down, while some left Nigeria to other countries where they felt the economy is good for businesses. More universities were established and more graduates are churned out annually without a place of work to engage them. It is a fact that if you must grow human resources, you must grow correspondent economy that would absorb the graduates. There was no statistical consideration; there was no balancing and I said to myself when Leyland Motors collapsed, Volkswagen Motors collapsed, Styer Motors in Bauchi collapsed, Fiat Motors in Kano collapsed and the Peugeot in Kaduna went moribund, we were heading toward a disaster.

That is why since the independence 60 years ago, there was no deliberate attempt by the country to manufacture its own car even when God gave us Ajaokuta steel company which was started by late President Shehu Shagari and truncated by the military junta that forcefully took over power from the civilian government. Nigeria, as a country, has nothing to show for its intellectualism because we have not got the right people to lead the country and we have been handing over a dilapidated government to successive governments while people who have nothing to offer in the area of good governance were being recycled and problem arising from bad leadership keeps multiplying and the resultant effect is what we are witnessing today.

All these problems notwithstanding, what is the way out now?

To be honest, I cannot totally blame President Muhammadu Buhari for the woe the country is passing through. This is because every former president that had governed this country had a share of the today›s problem. When the military gave us the opportunity to govern ourselves through democracy, we expected that the constitution they would give to us is that type that would create avenue for the development of the country. But the military created a constitution that caged us. It is very difficult to effectively review the constitution to effect restructuring. Part of the sensitive areas that can give us lifeline cannot be amended until the masses go to the street to protest because of the nature of the constitution. Lagos State tried it some years ago to create more local government councils and ran into a storm with former President Olusegun Obasanjo›s administration. Even, where there are certain needs to be amended in the constitution, they cannot be carried out. Why? It is because the constitution states that to change any item in it, you must have two thirds of the National Assembly of both the Senate and the House of Representative and after passing through the National Assembly. Also, the amendment must pass through the 36 states of the federation and must be subjected to simple resolution and governors who have the control of their Houses of Assembly can truncate such effect if they believe that it will not favour them.

That is why simple autonomy for state Houses of Assembly cannot sail through because of the behaviour of some governors in the country. Imagine, some speakers of Houses of Assembly voted against their independence because of their governors and this is worrisome. If we continue operating this 1999 Constitution handed over to us by the military, till the end of the world, we will not be able to amend grey areas that can better our lives. To even amend our electoral laws for smooth conduct of election is a problem because of the cumbersome nature of our constitution. The constitution was fabricated by those who did not love Nigeria but themselves so that they can establish themselves in power. What is happening today has been building up year-in-year-out and we are only hoping that there will be government that will have the courage to do the right thing concerning the constitution. But a situation where the balance between the party in government and the opposition is narrow makes it extremely difficult for the ruling party to perform.

Nigerians are asking for restructuring of the nation. What is your view on this?

Yes, it is a fact that all the grievances of Nigerians cannot be attended to without changing the constitution of the country and I have said it that the areas in the document that need to be restructured cannot be done by this administration because they don›t have the capacity to do it. To create a ward, which is the smallest aspect of our democratic setting, cannot be done under this dispensation because of the cumbersome nature of the constitution. We just have to be honest with ourselves. So, whenever people are mentioning restructuring, I usually laugh because it is not feasible unless Nigerians are ready to collapse the 1999 Constitution and rewrite it and that also can only be done if you have a president who controls 75 per cent of national assembly and 75 per cent of the State Houses of Assembly and has 75 per cent of the state governors otherwise there is no miracle that can be done to effect restructuring as desired by the citizens.

We are all SARS

People as centrepiece of governance