Upsurge in passengers’ traffic: FAAN urges passengers to get to airport early 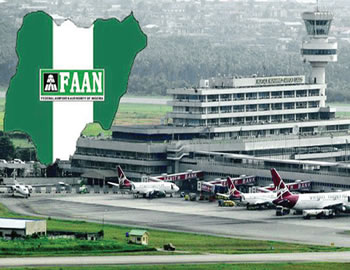 The Federal Airports Authority of Nigeria has advised passengers and airport users, particularly those at the Nnamdi Azikiwe International Airport, Abuja to get to the airport early so as to complete their check-in procedures in good time and avoid unpleasant experiences associated with missing their flights.

According to FAAN, given the advice became pertinent as a result of the like delay they may encounter at the entrance to the airport terminals caused by the built-up vehicular traffic occasioned by the increase in passenger traffic being witnessed presently.

The authority however assured passengers and other airport users that all hands were on deck to ensure swift facilitation and reduce the congestion to the barest minimum.

The Lagos State Judicial Panel of Inquiry probing the killings at Lekki Toll Gate, on Saturday resumed viewing of the 24hrs footage of the October 20, 2020 shooting of #EndSARS protesters by personnel of the Nigerian Army…Upsurge in passengers’ traffic: FAAN urges passengers to get to airport early

On Monday, October 25, 1993, in the heat of June 12 annulment agitations, four Nigerian youngsters, Richard Ajibola Ogunderu, Kabir Adenuga, Benneth Oluwadaisi and Kenny Razak-Lawal, did the unthinkable! They hijacked an Abuja-bound aircraft, the Nigerian Airways airbus A310, and diverted it to Niger Republic. How did they so it? Excerpts…Upsurge in passengers’ traffic: FAAN urges passengers to get to airport early