Latest News
By Kehinde Akinseinde-Jayeoba - Lagos On May 4, 2017 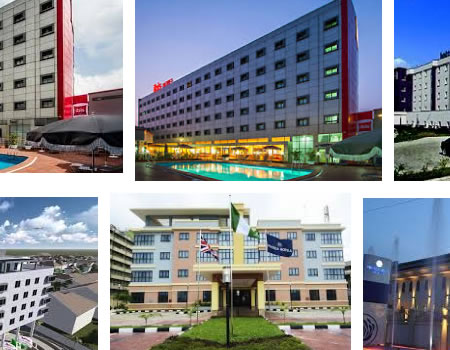 Share
The Securities and Exchange Commission (SEC) has announced the dissolution of the board of Ikeja Hotels Plc due to unresolved internal crisis involving some majority shareholders of Ikeja Hotels Plc.
The Commission said this proactive measure has become necessary in order not to allow the warring parties take certain actions that would give them an advantage over one another.
According to the SEC in a statement made available to the Nigerian Tribune, to forestall chaos in the organisation, the Commission and other distinguished personalities, had previously held various meetings with the existing Board towards resolving the crises.
However, SEC said the company continues to be plagued with unhealthy Corporate Governance practices in disregard with the Code of Corporate Governance for public companies.
It added that as a public company, it is paramount that the activities of the company are conducted within the confines of existing corporate governance regulations in the Nigerian capital market, to ensure the protection of minority shareholders and other investors.
“Having failed to resolve its lingering crisis, the Commission in exercise of the powers conferred on it by the Investment and Securities Act, 2007 to protect investors and the integrity of the securities market, hereby approves the appointment of an interim Board for the company with Chief Anthony Idigbe and Mr Abatcha Bulama‎ as Interim Chairman,” the statement said.
The interim Board among others is mandated to oversee the conduct of a forensic investigation into the affairs of the company.
“It is the Commission’s expectation that the shareholders and key Management staff of the company will work with the new team to ensure that the fortunes of the company are restored in the shortest possible time,” the statement added.
It will be recalled that last year the Nigerian Stock Exchange (NSE) has suspended trading in the shares of Ikeja Hotels Plc following the continued dispute among the major shareholders of the company.
Ikeja Hotels Plc, which owns Lagos Sheraton Hotel, has been involved in a boardroom crisis, a development that led to some of the shareholders removing its chairman, Mr Goodie Ibru early  2015 at an extra-ordinary general meeting (EGM).

Ekiti moves to protect minors from being sexually abused in hotels