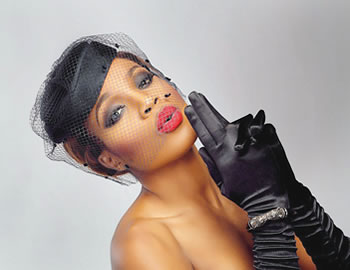 O ne of Nigeria’s leading songstresses, Oluwaseyi Joshua, known as Seyi Shay, during the week released the video of her collaborative effort, titled: What I Really Really Want,  a rework of Spice Girls’s ‘Wannabe’ done 20 years ago, on social media.

The musical video which is centered on empowering women, has Seyi as well as artistes such as Gigi Lamayne, Moneao (from South Africa), Jacqueline Fernadez, a Bollywood actress from Sri Lanka, M. O from the UK, Taylor Hatala from Canada and USA’s Larsen Thompson on the video, which is billed to be viewed by world leaders in September, during the Global Goals week.

Directed by MJ Delaney, the film reflects the voices of girls and women all over the world addressing such issues as quality education, an end to violence, an end to child marriage and equal pay for equal work.

It has been regarded as the first Global Goals campaign for girls and women since the millennium and will be presented at the next United Nations General Assembly as a demonstration of mass public support for the rights of girls and women.

The video will also be used to exert new political and financial commitments from governments, in support of their commitments to the Sustainable Development Goals (SDGs).

Meanwhile, the Island Records first lady has released her first single under the record. The song, which is titled Murda, features Patoranking and Shaydee.