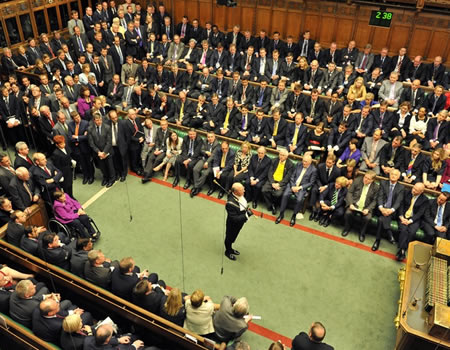 The United Kingdom (UK) Parliament will on Monday, November 23, debate a petition seeking sanctions by the UK government against the Nigerian government and Police Force following reported cases of human rights violation by a rogue unit of the Nigerian Police Force, the Special Anti-Robbery Squad (SARS).

Nigerian Tribune reports that any petition signed by over 100,000 individuals will be considered for debate by the UK Parliament.

The petition titled “Implement sanctions against the Nigerian Government and officials” and created by Silas Ojo has so far gathered 219,988 signatures.”

Wike attacks Umahi over claims of injustice to South-East

Maina to be extradited to Nigeria soon ― Police

Rage in Senate over massacre of 67 Borno rice farmers