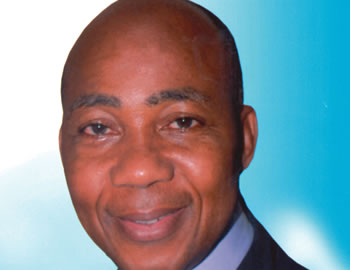 University College Hospital (UCH), Ibadan, said it is opening up its PPP laboratory to private medical doctors in the state to support and improve their patient care.

UCH’s Chief Medical Director, Professor Temitope Alonge stated this at the hospital – wide grand round, which was partly to inform on advanced laboratory services now available in the hospital.

Alonge said the hospital’s PPP laboratory which had just been upgraded to provide advanced laboratory services was established to ensure that patients can have prompt emergency investigations done to support their care.

The laboratory, which in its first three years of operation generated N307 million, he said was expanded with another N100 million from Fidelity Bank, its partner.

He said “the expansion became necessary to ensure that the hospital has a bigger and more robust laboratory tests, all at the same time”.

Alonge, saying that UCH is a reference point, declared that the hospital’s patients ought not to be going to other laboratories to do viral studies and other tests requested for by their physicians.

While assuring that the loan would be repaid within two years, he assured that the fees charged by laboratory will remain the same as those from the hospital’s other routine laboratories.

Alonge said the results from this laboratory would also be electronically sent to private practitioners if they so desire.

“With this, you can look after your patient without having to go back and forward picking up the results. That way, we believe that you can offer a better clinical care in your hospitals and also that people in the state will have the privilege of accessing good care,” he said.

Jesse Otegbayo, a professor of medicine in an overview of advanced laboratory diagnostics in healthcare delivery, said that 60 to 70 per cent of treatment decisions are based on laboratory investigations.

According to him, its advent has opened up new vistas in improvement of diagnosis of diseases and therefore patient care.

“With these new machines, we will be able to make apt, accurate diagnosis and therefore target treatment and in the long run bring in cost effectiveness,” he said.

Dr Olukemi Adekanbi, an infectious disease expert, assured that advanced laboratory services leaves out trial and error in patient care, saying that in Nigeria several febrile illnesses oftentimes are mistaken for each other.

“We have a lot of viral infections that we are not able to diagnose and then we go from treating malaria to typhoid fever and so on. But if we able to pinpoint exactly what is going on in our patient, we are able to save money because we then can go right ahead to treat the problem,” she said.

However, Dr Modupe Kuti, a consultant chemical pathologist said laboratory physicians have a big role to play in preventing medical errors that occur due to wrong selection and interpretation of test results.

“A document just released by the Institute of Medicine indicated that medical errors are killing more people than breast cancer and HIV in United States of America, a contributory factor in diagnostic errors,” he said.

Dr Kuti however said that test selection and ordering; test result interpretation and clinical actions are areas most likely to contribute to diagnostic errors that  lead to adverse patient outcomes.

He said that just as this could lead to financial hardship for the patient due to wastage on unnecessary testing, some patients had ended up damaged for life.

The PPP laboratory manager, Mrs Olufisayo Famuyiwa said the laboratory since its inception had carried out 17,598 clinical diagnosis and had been involved in few research studies since its establishment in 2012.

spermaSORT, relief in the offing for ‘AS’ couples?