Two worshipers electrocuted inside Celestial Church of Christ in Osun 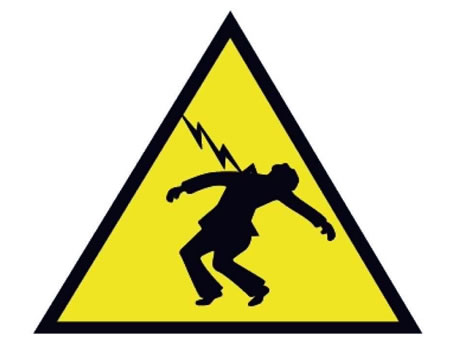 Share
Two worshippers of the Celestial Church of Christ (CCC), Egbeda Parish, Osun State were on Sunday electrocuted during service inside the church, Tribune Online investigation has revealed.
Aside, the two victims identified as  Yinka Adeniyi and Busayo Akande, two other members of the church were said to have sustained injuries as a result of the incident.
Credible sources informed our correspondent that the victims met their untimely death while holding the microphones used during the course of the service.
Though details surrounding their shocking death were still sketchy as of the time of filing this report, their corpses have deposited at the morgue of Osun State General Hospital, Asubiaro in Osogbo.
The tragic incident was said to have caused panic among other worshippers as they hurriedly ran outside the church after the electrocution of the victims.
When contacted on Tuesday, the Police Public Relations Officer (PPRO) of Osun State Police command, Mrs Folasade Odoro, who confirmed the incident.
She, however, said the Police had begun an investigation into the circumstances surrounding the death of the worshippers.