EntertainmentLatest News
By Tribune Online On May 15, 2019 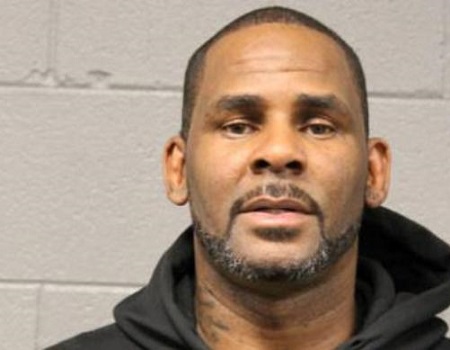 POPULAR American multiple Grammy Award Winner, Robert Sylvester Kelly a.k.a. R. Kelly is getting ahead of his child support obligation by paying up to two months in advance to avoid another scare.

As for the $32,000 Kelly still owes in interest on back child support, no decision was made in court.

However, Johnson says they don’t plan on paying anyway.

“At no point in the foreseen future do we see paying interest of child support. As of May 14 2019, Mr Kelly is up to date on support payments.’’

It was previously reported that the father of three avoided another trip to the slammer earlier this month after appearing in court and paying all of the back child support ($62,000) he owed Lee.

The 52-year-old born Chicago rapper turn singer, songwriter, and record producer has been on the hook for child support for $20,833 since January 2009.

On March 9, 2019, he was released after someone, who didn’t want to be identified, paid off the child support.

His lawyer said he couldn’t discuss the payment due to a Gag Order.

In 1996, Kelly married Lee, his former backup dancer and mother of his three children (Jay, Joann and Robert Kelly Jr.)

In 1997, he built a house in Olympia Fields, a village in Cook County, Illinois and moved in.

Lee filed a restraining order against Kelly in September 2005 after a physical altercation and ultimately filed for divorce in 2006.

In January 2009, it was reported that Kelly’s divorce was finalised.

His Olympia Fields house became the subject of a foreclosure lawsuit in 2011 and has since been bought by Rudolph Isley.

However, with his up to date child support status, the 6 foot 1-inch singer and professional basketball player can focus on the 10 count charge of aggravated criminal sexual abuse involving underage girls.

In addition, he could focus on making more money through music, acting and if possible endorsements, to further prepare him financially to meet up to his child support obligation.

Two worshipers electrocuted inside Celestial Church of Christ in Osun