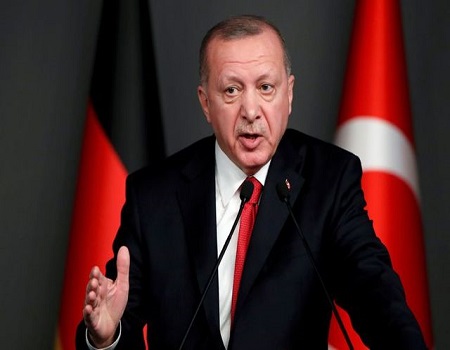 Turkish President Tayyip Erdogan said on Sunday he would meet European Union officials on Monday to discuss migration, and repeated his call for more help in coping with the millions of refugees it hosts from neighbouring war-torn Syria.

Facing a further influx of Syrians fleeing the fighting, Turkey recently said it would no longer abide by a 2016 deal to prevent them from travelling on to the EU.

“We were hoping to get much more support from the international community when it comes to refugees. I have a meeting with European Union officials tomorrow in Belgium. We will discuss these issues,” Erdogan said in a speech in Istanbul.

Turkey hosts some 3.6 million refugees from southern neighbour Syria, where civil war has been raging since 2011.

“We have fulfilled the obligations of the agreement we have made with the EU. However, the EU did not fulfil its commitments except for minimal contributions … I hope we will get different results this time,” Erdogan said.

Under the 2016 deal, the EU were to provide 6 billion euros ($6.8 billion) to help Turkey finance housing, schools and medical centres for the refugees.

Turkey says the EU has failed to honour promises including visa-free travel for Turkish citizens and an enhanced customs union. Ankara also wants more European support in Syria, where its troops are supporting rebels against Russian-backed Syrian government forces.