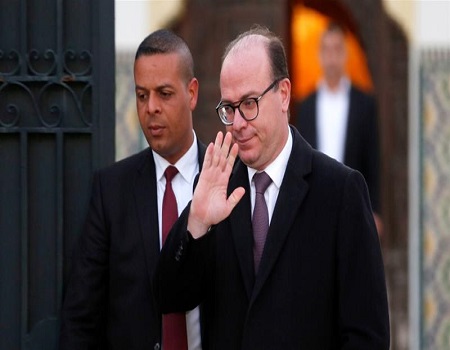 With this agreement, the proposed government will likely win a confidence vote in Parliament in the coming days and the country will avoid an early election.

Fakhfakh proposed the line-up of a new government on Saturday and then said negotiations would continue after Ennahda party sought some changes.

President Kais Saied said on Monday he would dissolve parliament and call for an early election if the new government failed to win a parliamentary confidence vote.

The proposed government must be approved by the deeply fragmented parliament in next days.

Among the other proposed ministers in his cabinet are Mongi Marzouk as energy minister, Mohamed Ali Toumi as tourism minister and Thouraya Jribi as Justice minister.

Fakhfakh previously said he wants a government based on the values of the 2011 revolution that would address unemployment and improve public services.

Tunisia faces a series of long-term economic challenges which threaten to undermine public trust in the young democracy, and which demand political decisions that could be unpopular.

Tunisian officials said the IMF is waiting for the new government to start talks over a sixth review of its IMF loan programme. Tunisia needs to borrow about $3 billion internationally in 2020 to meet spending commitments.

Since the 2011 revolution, unemployment has been high and growth low, while the government has sunk further into debt with a series of big-budget deficits that foreign lenders demand it bring under control.

Elections in September and October returned Saied, a political independent, as president, and a parliament in which Ennahda held fewer than a quarter of the seats.

Tunisia talks on cabinet press on amid risk of new election