United States President Donald Trump’s promise to shut down the presidential vote count was a “naked effort” to strip Americans of their democratic rights, Joe Biden’s campaign manager has said.

“The president’s statement tonight about trying to shut down the counting of duly cast ballots was outrageous, unprecedented, and incorrect,” Biden’s campaign manager, Jen O’Malley Dillon, said in a statement posted on his Twitter handle. 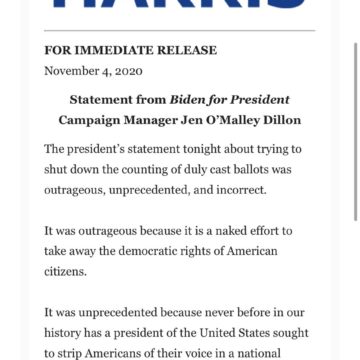 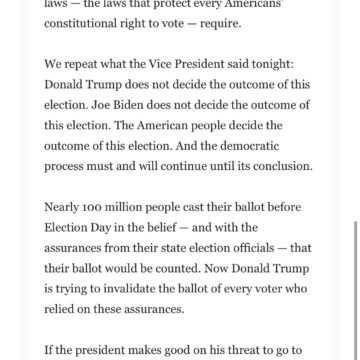 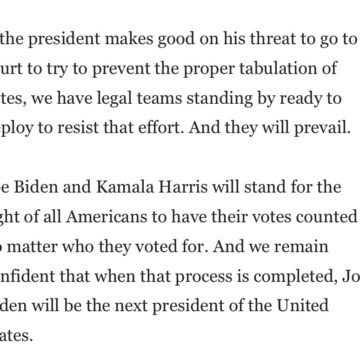 “It was outrageous because it is a naked effort to take away the democratic rights of American citizens. It was unprecedented because never before in our history has a president of the United States sought to strip Americans of their voice in a national election.

Earlier on election night, Trump claimed that there were widespread attempts to disenfranchise “millions and millions” of his voters.

“This is a major fraud on our nation. We want the law to be used in a proper manner, so we’ll be going to the US Supreme Court. We want all voting to stop,” Trump said.

YOU SHOULD NOT MISS THESE HEADLINES FROM  NIGERIAN TRIBUNE