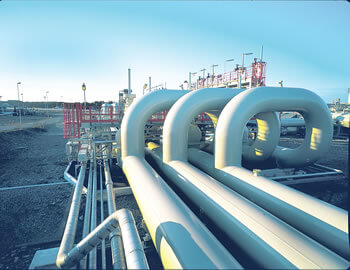 This happened barely five months after the same crude oil export line fell to the Niger Delta Avengers (NDA) in June 2016 which led to the arrest of six community leaders by soldiers.

The hoodlums were said to have arrived at a spot along the crude oil pipeline at about 9:00 a.m in the oil-rich Ogulagha community.

A security, which disclosed this, said the hoodlums were about planting an improvised explosive device (IED) when they suddenly saw a military patrol boat on top speed approaching.

On sighting the patrol team, the hoodlums, it was gathered, hurriedly abandoned the ÏED and fled in their speed boats into the creeks.

The source said “They came in two speed boats and were about fixing the bomb on the Forcados trunkline when they saw an approaching military gun boat.

They quickly dropped the bomb and fled in their boats”, the source disclosed.

He said but for the timely arrival of Operatives of Delta Safe, more economic damage would have been caused the country.

It will be recalled that the incident took place four days after the Nigerian Navy foiled an attempt by militants to bombed Warri Refinery and Petrochemical Company (WRPC) and Pipeline Products Marketing Company, (PPMC) in Ekpan area of Uvwie Local Government Area of the state.