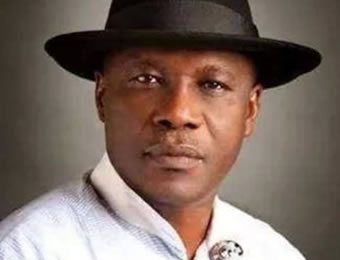 Share
The Code of Conduct Tribunal (CCT), on Tuesday, ordered the seizure and forfeiture of a landed property allegedly belonging to a former Minister of the Niger Delta Affairs, Elder Godsday Peter Orubebe‎.
The Chairman of the tribunal, Justice Danladi Yakubu Umar, who delivered the  judgment of tribunal said the Federal Government is to take over the land from the former minister.
The Federal Government had dragged Orubebe before the tribunal on a one-count charge of non declaration of a landed property located on Plot 2057, Asokoro District of Abuja, when he was a minister  between 2007 and 2011.
At the argument stage, Orubebe had told the tribunal that the land no longer belonged to him as he had transferred the ownership of the land in question to one Barrister Akinwumi Ajibola in lieu of his (Orubebe) two years house rent in Mabushi in Abuja where he stayed as a minister.
The former minister had further told the Danladi Yakubu Umar-led tribunal that all the documents as it concerns the land had been transferred to Ajibola, including the Power of Attorney.
Umar held in the judgement that, having analysed the submissions of parties, it was observed that six years after the transfer had been made, the documents of the land are yet to be registered in lands registry‎ and added that the prosecution had established its case against the former minister  beyond reasonable doubt.
He further held that the defendant is under obligation to register the land in the land registry in Abuja, adding that, “Failure to register the document at the land registry render the transfer null. In the circumstance, the defendant is still the owner of the said Plot 2057, Asokoro District, and not Barrister Akinwumi Ajibola who testified as the Defense Witness 1.
“Based on the provision of Section 23 of the Code of Conduct Bureau and Tribunal Act, Plot 2057, Asokoro District Abuja, belonging to the defendant is hereby consfiticated and forfeited to the Federal Government,” Umar held.
Recalled that Orubebe is also facing trial along with two others before a High Court of the Federal Capital Territory, Abuja for allegedly diverting the sum of N2.3 billion of public funds.
The former minister,  an Assistant Director, Ministry of Niger Delta Affiars, Oludare Lawrence Alaba, the Director of Contracts in Gitto Costruzioni Generali Nigeria Limited, Ephraim Tewolde Zeri  and the company were arraigned docked on a six-count charge by the Independent Corrupt Practices and other related offences Commission (ICPC).
The former minister and his co-defendants pleaded not guilty to the charges and were  granted a N50 million bail by the court.
According to the charge marked: CR/265/2016, they are accused among others, of diverting about N2.3 billion meant for the compensation of property owners to be affected by the Federal Government’s dualisation project of Section IV of the East West Road.

UPDATE: Based on CCT order, Buhari suspends Onnoghen as CJN