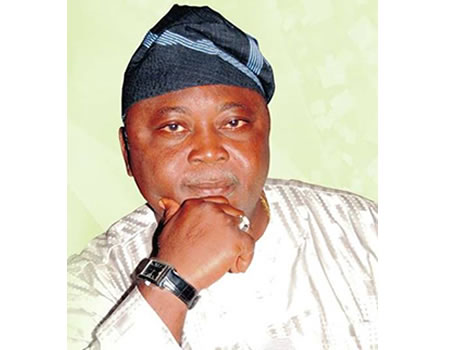 HONOURABLE Oladipupo Adebutu representing Remo Federal Constituency in the House of Representatives, on Saturday, said that no “third force” can stop his party, the Peoples Democratic Party (PDP) from returning to power in 2019.

Adebutu, who is one of the governorship hopeful in Ogun State, said this shortly after an interactive session with various youth groups in Ogun West Senatorial District of the State, held at Ilaro.

The lawmaker noted that PDP as a formidable party would not leave any stone unturned to regain power from the All Progressives Congress in the forthcoming elections.

The Chairman, House Committee on Rural Development said he is longing to a period when the constitution of the country would recognise independent candidature to stand for election.

“Everybody has the right to freedom of association. In fact, I’m longing and looking forward to the day where we will have independent candidature. So, if there is a third force, there could be a fourth force, fifth force and tenth force, it doesn’t stop the PDP from regaining the power it lost in 2015 next year’s general election,” he said.

When asked to comment on the agitation of the Ogun West senatorial district to produce the next governor of the state, the lawmaker said the zone although have the right to contest for the exalted seat.

He, however, said that the district should support the people of Ogun East in producing the next governor, having gotten overwhelming support in 2011 and 2015 general elections.

The lawmaker added, “At the end of Gbenga Daniel’s tenure in 2011, Gboyega Nasir Isiaka became our candidate, originating from Imeko Afon Local Government in Ogun West, despite the fact that others could have contested from Ogun East, nobody arose to challenge that position. We did our best. We fulfilled our obligations but by reasons, not our fault, Olurin as well contested and the strength of Ogun West was dissipated.

“Four years later, again, we presented Gboyega Nasir Isiaka. That means for a period of eight years, Ogun East kept the agreement and no Ijebu man contested. The question is do we subvert our own right to contest forever? We have abided by agreements and as such, we are now inclined to exercise our own right to be voted for as well. But that does not diminish the possibility of having an Ogun West that is properly enmeshed in the scheme of things in Ogun State.”

Atiku condoles with Buhari, Buratai over death of loved ones