Interview
By EBENEZER ADUROKIYA On Apr 10, 2021 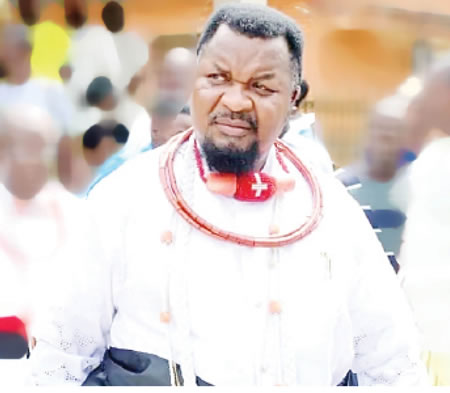 The Iyatsere of Warri Kingdom and Chairman, Council of Chiefs, Chief Johnson Amatserunleghe JP, appears to be the man of the moment with his feat in resolving the royal rumble by unveiling the Olu-designate, Prince Tsola Emiko on behalf of the Itsekiri Council of Chiefs and the Itsekiri National Assembly at the ancestral home of all Itsekiri, Ode-Itsekiri (Big Warri) last Monday. He speaks in this interview with EBENEZER ADUROKIYA on why the decision will stand as against the dissenting voices of the Ologbotsere, Chief Ayirimi Emami. Excerpts:

Why have you people usurped the power of the Ologbotsere from midwifing the selection of Olu of Warri-desigbate?

When something of this nature happens in the kingdom, the family (The Ginuwa Ruling House) is to nominate somebody and bring to us, we the Chiefs. It is our own duty to take the person to Ifa, the Oracle. We the Chiefs are not involved in the selection process neither do we have the right to disqualify what is brought to us by the Ruling House. Ayiri was interfering with the selection and the responsibility of the Ruling House which ought not to be. They brought Prince Tsola Emiko to us and we took Tsola Emiko to Ifa and the oracle confirmed him that he is the next King. He is the long-awaiting king; that is, the one that will bring the unity, peace and progress to Itsekiri; to Iwere land. So you can come and see that the whole of Warri all Itsekiris are jubilating and celebrating. For Ayiri to say that it’s faulty, it’s not true. I don’t know Tsola before. I knew him casually when his father was alive; he was still a young boy then. I’m not close to them. We are not close to them. They are king’s children. Even the family went round and all the names of the male children and the Oracle rejected all of them. They went to the grandchildren before they went for Tsola. The message was delivered to us by the leaders of the Ruling House, like Barr. Eroro Emiko, Barr. Toju Emiko, Prince Tsola Emiko, Dr. Ayu, all of them in the Ruling House came and introduced Tsola to us that this is their nominee. We as the Chiefs have no right to disqualify or to involve ourselves in the selection. What Ayiri did was excessive interference with the responsibility of the Ruling House.

That Edict is fraudulent, it is traditional fraud.

It has been faulted by many people some people even went to Court.

Has it been amended or abrogated?

When the grandfather of Prince Tsola Emiko came as the king, the edict was not followed. When Atuwatse came…. What do you mean by edict? In most cases the leaders of the ruling house will sit down and deliberate on who to ascend the throne.

Yes they will follow the edict but in most cases, the leaders of the Ruling House will sit down and decide who is to ascend the throne

He said the suspension is null and void because it is only his family the Ologbotsere, that can suspend him..?

Ologbotsere family? Who gave him the title? The Ruling House has the power. Let me tell you one thing, if a man marries a woman and after sometimes the man joins his ancestors and the family says “our wife, we are sorry your husband is dead, go home,” will the woman not go home? Will she say that since you are not the one that married me, I will not leave?

So, he better be advised to retrace his track and think of how to resolve with his kingdom. His suspension stands!

Nobody said the Oracle didn’t choose him; they said he’s too young. The Itsekiris said he was too young to occupy such position, that the position is bigger than him. And that is the character he is displaying now to the whole world. The Itsekiri people said Chief Ayiri Emami, who was the Akurakpa then, cannot be the Ologbotsere. But the Olu said he was his friend and he has already pronounced it before so he went on and bestowed the title of Ologbotsere on him.  So we expect him to change. The entire Itsekiri, 100 per cent  Itsekiri are with Prince Tsola Emiko. They are all rejoicing. It’s now Ayiri Emami vs Itsekiri Nation. It’s not proper.

Since he is still your son, what are your plans to calm him?

I have spoken to his brother who is also a Chief that he should tell him to return from exile; that he should come home so that we can find a way to resolve the matter. I’m not happy that he is being suspended. We have a lot of things to do in the palace. We need him and he needs us. Once he comes and we see that he is remorseful, I think we will find a way to beg the Ruling House to resolve the matter and call off the suspension.

What is your message to the Itsekiri nation?

My message to the Itsekiri Nation is to remain calm, quiet and join hands together to see that we crown the Olu-designate.

Do you want to reassure the world that the selection of Prince Tsola Emiko was authentic based on the pronouncement of the Oracle? Because some people still believe that that issue of Oracle is also fraud?

Why Buhari is failing to protect Nigeria —Nyiam

Insecurity: No excuse can justify failure of Buhari’s government —Ayokunle, CAN…