The entertainment industry still not fair to women – Queen Lagbaja 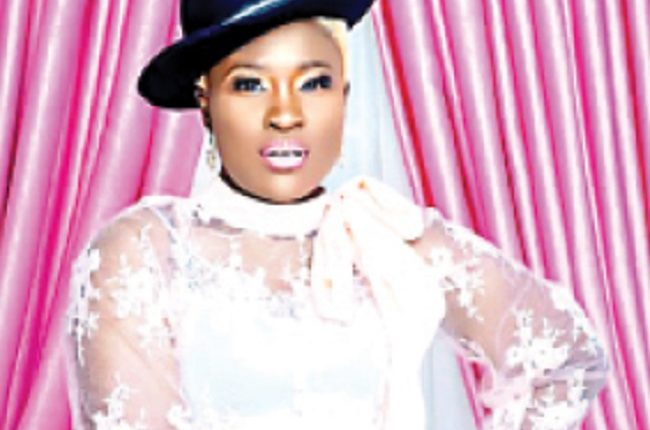 Mrs Modupe Bankole Dagunduro, also known as Mc Queen Lagbaja, is a hype woman, dancer and MC. In this interview with Adewunmi Adedayo, she talks about the challenges women face in the entertainment industry, among other topics. Excerpts;

I attended Celestial Church of Christ (CCC); I was in the choir and would always dance. So, I started dancing from there. When I went to tertiary institution, I continued dancing, representing the school. Someone recognised my dancing talent and gave me the name ‘Lagbaja’. After then, I became an instructor. Later, I felt I could talk to amuse people. That’s why I went into hyping; not really hyping but MCing. From there, I realised I could anchor events and then I got interested in music. From all these, I realised I could do entertainment and then I started hyping fully.

What challenges do you face as a woman in the job?

The challenges are in categories. The first was, before I got married, a lot or people wanted to sleep with me based on my physical characteristics. I avoided them by friend-zoning. It’s one of the reasons I got married early. Even after giving birth, men would still come and my watchword is, no matter what, I will not sleep with anyone. Because of this, I have been denied things. The little I have, my skills, talents, energy and swag have taken me this far. I’m not an anyhow person. I take my work with all seriousness; I’m always on top of my game. What makes me stand out is the fact that I’m a dancer. So, I merge my dancing with hyping.

You’re a mother and a hypewoman, how do you combine both?

It hasn’t been easy. My husband is a traditional man, and he always wants to see me around. One thing I did before I got married was telling my husband about what I do. So, whenever he’s trying to get angry about what I do; I tell him that you remember I told you what I do, even my parents know this is what I do. At times, he’ll still try to persuade me out of it, but I let him calm down and then I explain things to him. At least, I’m not failing in my duties as a woman. Out of 100 per cent, I can say I do my duties 70 per cent. I take care of my children, knowing that they need things. I’m always there for them because I consider them first in everything I do. I check on them when I’m not available. My duties to my husband too are not lacking, as I do what I’m supposed to do. Generally, it has not been easy, but I’ll say it’s God. It all depends on someone that has passion for his/her craft to keep on going and I love my craft and that’s what has been keeping me.

What is your beauty regimen? How do you keep looking young?

I think I get my beauty regimen from my mother. My mother is still looking very young and we don’t look older than our age in our family; we look younger. I am 41 and I don’t look it because it is hereditary. Moreso, I take care of myself, body and health. Looking young is a family thing. I maintain my beauty by taking lots of water, fruits, eat healthy and I don’t stay around toxic people to avoid over thinking, which can lead to stress and that’s not good for the body.

What do you think about the growth of the entertainment industry in Nigeria, especially for females?

Entertainment may not grow for the female gender based on two or three perspectives. The male gender keeps getting sponsors but for the female gender, it is quite difficult because of the ridiculous requests from people in position to help. I’ve seen a lot in this industry. I’m not doing badly but I would have done much better if these factors were not involved. Twenty-eight years in this industry is not a joke, but what I believe is for people to see the female gender as they see the male counterparts. There shouldn’t be discrimination between both genders. There shouldn’t be a case whereby one can only help the female gender until she is slept with. The female gender are doing better than the males in this industry; any woman you see that hypes is definitely doing more than a male hype man. Women should know that hyping is a craft and they should know and pick up their career. That’s the way forward in Nigeria. Very soon, I’m starting my company where I will have a school and NGO. There, I’ll train girls to maintain their craft. If we have more of this, the entertainment industry in Nigeria will be a better one.

As a hype woman, how will you encourage those that would want to start hyping as a career?

What I will say is that you should be focused, don’t drop your guard. Don’t try to satisfy everyone, free yourself. Take your craft up, know what you want to achieve and be yourself.

I want to use architectural designs, art to make a positive impact on Nigeria — Folasade Pinheiro