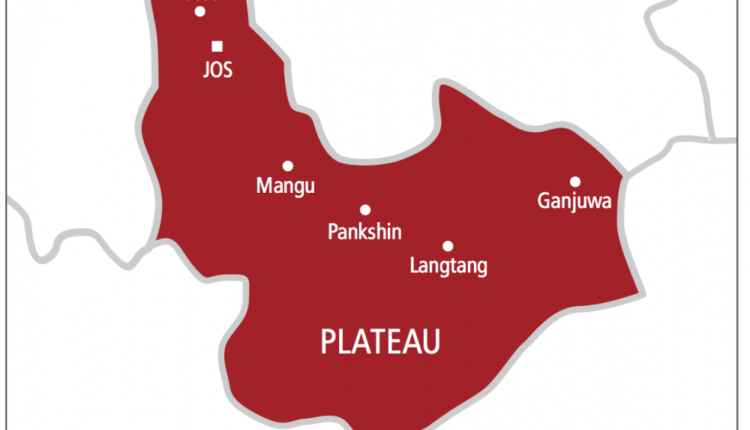 TERRORISTS in large numbers on Sunday invaded Kanam Local Government Area of Plateau State, killing over 80 people and abducting over 70.

During the attacks, more than 100 houses were also razed in the communities. The affected communities and villages in the council area are Kukawa, Gyambawu, Dungur, Kyaram, Yelwa, Dadda, Wanka, Shuwaka, Gwammadaji and Dadin Kowa.

A source close to the local government informed the Nigerian Tribune that the terrorists stormed the communities on Sunday afternoon and carried out the attacks in the most bizarre manner, killing people at random.

The source, who is a local government official, added that as of Monday morning, the council had so far discovered that 38 people were killed in Kukawa, 24 in Gyambau, eight in Kyaram and 10 in Wanna.

He added that the actual number of those killed was yet to be tallied as there were still dead bodies in the bush.

He also pointed out that over 100 houses were burnt, just as he revealed that those who sustained gunshot wounds were already receiving treatment at Dengi General Hospital and Jos University Teaching Hospital (JUTH).

An eyewitness, Sariki Bitrus, also disclosed that about 70 people, mostly women, were abducted by the terrorists, adding that most of the affected villages had been deserted as those who escaped the killings had gone to take refuge in nearby council areas.

Bitrus said the incident occurred at about 3:45 p.m. when people were clearing their farms in preparation for the rainy season.

He said the local government had been having a running battle with the terrorists who want to dominate a game reserve located in the area.

Meanwhile, the Plateau Elders Forum, in a statement signed by its Media Officer, Mr Jonathan Ishaku, has lamented the killing of innocent people in the council area.

The statement reads: “Just within a week of our press release condemning terrorist attacks on Miango villages in Bassa Local Government Area (LGA) and Rantis in Barkin Ladi LGA, bandits on Sunday killed several people, wounded many others and abducted over 70 in Kanam LGA.

“This is again very sad and we strongly condemn it. This escalation of violence on our communities further justifies the earlier call the Plateau Elders Forum made on the Plateau State government in conjunction with the security forces to deal drastically with terrorists in the state.

“Meanwhile, we extend our condolences to the bereaved families and succour to the injured.” The state governor, Simon Bako Lalong, has, condemned the killings, just as he vowed to make it difficult for terrorists and other criminals to set their bases in any part of the state and use same to launch attacks on innocent citizens.

Governor Lalong, while reacting to the terrorists’ attacks on some communities in Kanam and Wase local government areas, vowed that those behind the carnage would be made to pay a heavy price.

The governor said he had directed security forces to dominate the area after their initial response which put a stop to the carnage, just as he also charged them to go after the fleeing terrorists.

When contacted on the development, spokesperson for the state police command, ASP Ubah Gabriel, said: “I cannot give the exact figure of casualties until I have the full details, but our men have been deployed in the affected areas since yesterday [Sunday].”

Meanwhile, victims of the attacks were on Monday given mass burial in their respective communities and villages.

Government and business activities in the council area were paralysed as people trooped to pay their last respect to those who died in the attacks. Residents of the communities lamented the presence of terrorists in the area, adding that they had been hibernating in the game reserve in the local government area for quite some time before Sunday’s attacks.

Also, a member representing Pankshin, Kanam, Kanke constituency in the House of Representatives, Honourable Yusuf Adamu Gagdi, has condemned the attacks on the communities in Kanam council area.

The lawmaker, in a statement made available to newsmen, commiserated with the families of those who lost their loved ones, just as he prayed God Almighty to forgive the shortcomings of the deceased.

Strike: ASUU meets with FG, says no resumption until demands are met

APC presidential running mate: I am not desperate for any elevation in life ― Lalong