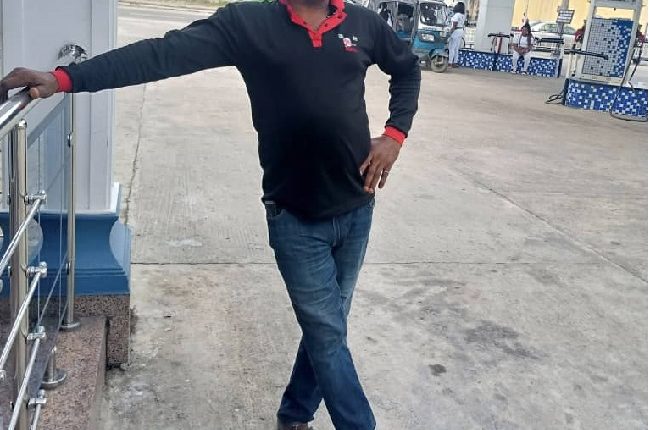 Being the third policeman to be so wasted in a week in the state since the start of the #EndSARS protest, the deceased was simply identified as Inspector Gbadura said to hail from Ondo State.

He was swooped on by a gang of gun-wielding hoodlums at a filling station located at Etuwewe in Warri, Warri South Local Government Area late Thursday.

Earlier Thursday, a member of a vigilance group was also reportedly shot along Ajamimogha in Warri by some gun-wielding hoodlums.

Reports said the corpse of the slain cop is currently lying in a morgue in Warri.

Speaking on the incident, a senior police officer in Warri told our correspondent that security in Warri area has become porous since the disbandment of the SARS outfit.

“The area has become porous since this protest started. Those guys helping us to patrol the place are the ones you people are saying should go.

“I really don’t know how we are going to cope. It’s so unfortunate,” the officer lamented.

Similarly, residents of Warri, Effurun and environs have expressed fears over the recent influx of men of the underworld in the streets in the wake of the disbandment of special anti-crime outfits of the police.

A resident, who pleaded anonymity, said criminal boys have taken over streets as it has become unsafe to stay outside home late night and even in broad daylight.

“This ENDSARS saga is a poison coated with honey. Those criminal boys – ritualists, Yahoo Yahoo boys, want SARS off the streets so that they can have a field day. Now these boys are out massively to rob, kidnap, and steal from people.

“I was returning from a service of songs when I witnessed a group of boys who double-crossed a police officer and shot him dead and took away his rifle.

“Please, for those celebrating ENDSARS, let me assure that a storm is coming heavily. Insecurity is coming massively and we’ll be shocked if we’re leaving in a country or a terror zone.

“Let’s stop this ENDSARS protest. It’ll only benefit those internet fraudsters and ritualists and armed robbers. They’re the ones sponsoring this protest.

“I’ll never support them. Nigerians should look at the picture clearly before supporting the ENDSARS struggle,” he enthused.

Narrating the precarious situation of the crime-prone area, another resident of Warri and environs, who declined to have her name in print, said although SARS has bad records, their exit from the roads might spell doom for the people based on her recent experience of activities of hoodlums.

“Yesterday before the flyover at Igbiki, it was God. The boys are out for something but God just had to intervene. If we look at the way SARS has been going, it’s not only the Yahoo boys that they are harassing. I have fallen a victim of a SARS officer asking me to open my own phone because I was in a midst of some boys.

“But this one happened yesterday, at about 10:00 in the morning, I boarded a Keke under the flyover that leads to Igbiki and Tuamas area.

“A passenger that entered the Keke stopped on our way going, a vehicle, Lexus Jeep and Corolla car overtook us. Some boys that disguised themselves as SARS was pursuing the Corolla Toyota car shot the tyre of his car and asked him to come down.

“We were just looking. We were thinking that they were SARS, but little did we know that they were robbers. They were four, they came out, told the man to come out, and started asking him for his money.

“The man opened his booth and brought out the bag that we call aproko paper bag, they collected the money from the man, shot the front tyre of his car, and zoomed off.

“It was SARS that was still putting fears in these boys. But you can see now that the road is free, there are no checking points and the boys (robbers) are out there. The way it is now we are not even safe,” she lamented.