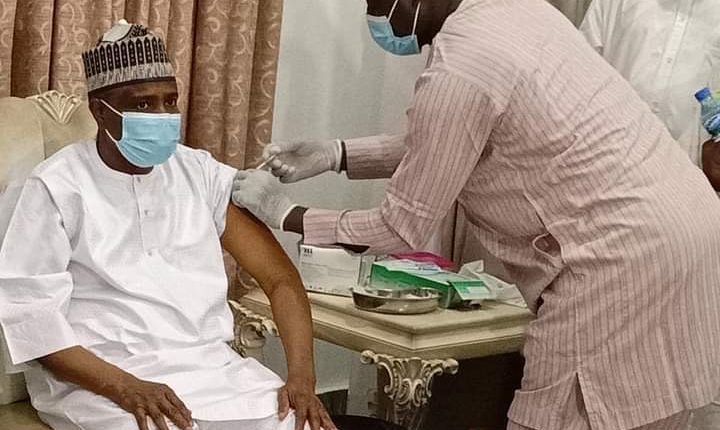 The governor who joined other of his colleagues to take the the Covid-19 jab in the country called on residents of the state to do same.

Tambuwal who is the Vice Chairman of Nigerian Governor’s Forum, received the vaccine at the state government house under the supervision of the state commissioner for health, Dr. Muhammed Ali Inname.

It will be recalled that the state received her share of the vaccine amounted to over sixty thousand doses from the federal government through Sultan Abubakar International Airport last week.

ALSO READ: I’m not just an artiste, but an entertainer – Phandaboyy

The Governor who was injected by his personal physician, Dr Ibrahim Tambuwal, urges Nigerian to believe in the vaccine and make themselves available.

“I just took my first dose of Oxford-AstraZeneca. I am appealing to the people of this state, especially those that were consider vulnerable by the medical practitioners and Taskforce on COVID-19 to follow suit.

“It is important to remain safe and secured than to be running helter-skelter looking for support because prevention is better than cure,” he said.

Allaying the fear of the public on the vaccine, he said its success rate was high.

Olu Obafemi: Locating a life in history and mythologies