Latest News
By Hakeem Gbadamosi-Akure On May 6, 2020 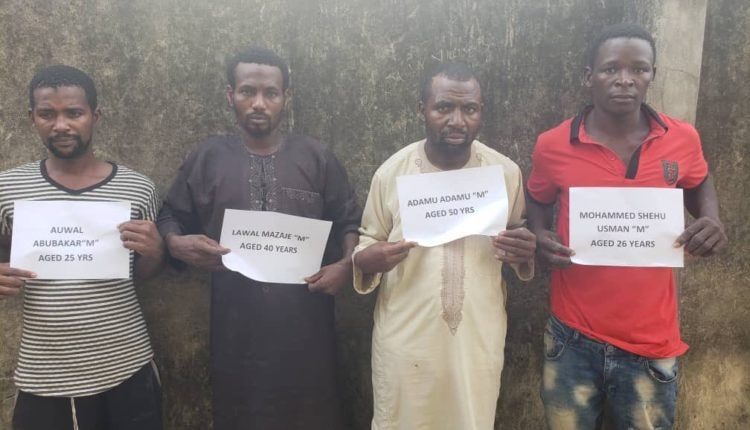 The suspected killer of the daughter of the leader of Afenifere, Adamu Adamu, who tested positive for coronavirus and was being treated at the Ondo State Infectious Disease Hospital attempted to escape from the facility

Adamu, who was arrested with three others in Edo State in connection with the murder of Pa Fasoranti’s daughter, Mrs. Olufunke Olakunri, was discovered to have tested positive for COVID-19 after he was ordered to be remanded in prison custody with others.

He was however moved to the IDH where he had been receiving treatment but he was said to have attempted to escape from the hospital.

It was gathered that Adamu almost escaped from the hospital before the health officials on duty raised the alarm and he was apprehended by some security operatives drafted to the hospital.

A source at the hospital disclosed that Adamu, who visited the toilet had stayed longer than expected which arose the suspicion of the health workers who discovered that he was trying to escape from the hospital.

The source said that the suspect had made several attempts to escaped from the IDH by deploying various tactics.

The development however, forced the police authorities in the state to send more men to the isolation center.

A Police sources who also confirmed the incident said it was the timely intervention of security operatives at the hospital that prevented him from fleeing from the hospital.

Spokesman of the Ondo State Police Command, Mr. Tee-Leo Ikoro, said he would visit the hospital to ascertain situation of things but said security has been beefed up at the hospital