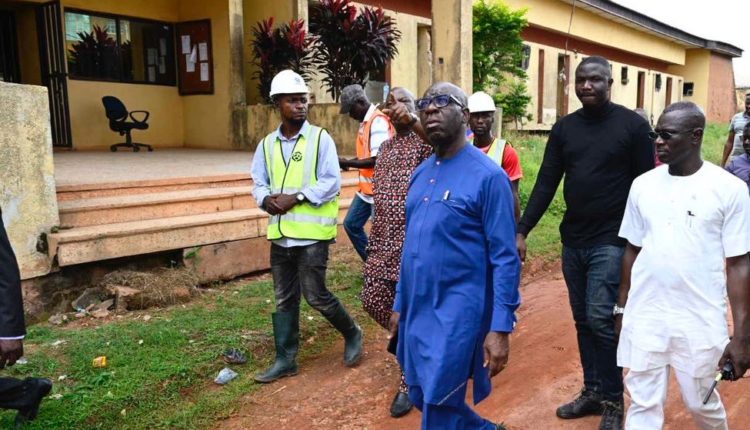 Governor Godwin Obaseki of Edo State has said that the ruling of the Supreme Court on Friday on the leadership crisis in the state’s chapter of the Peoples Democratic Party (PDP) would aid the party’s victory in the 2023 general election.

This he was was because the apex court’s judgement had in Edo put all issues concerning the party in the state at rest and paved the way for all members to work together to ensure success in the 2023 general election.

Governor Obaseki made the remarks when he spoke to journalists during an inspection tour of Edo State Independent Electoral Commission (EDSIEC) Headquarters in Ogba Road, Benin City.

The governor said the inspection became necessary to assess the level of preparedness of EDSIEC, especially in terms of deployment of infrastructure, to conduct the local government election in the State.

Obaseki, who was accompanied by the Secretary to the State Government, SSG, Osarodion Ogie, and other top government functionaries, said members of PDP in the state belonged to one family and would work together.

“No matter the differences, we will all still carry the umbrella. As the Justice said, most of the actors are created by statutes of the law and they must follow the law. What we have just established is that things have to be done legally and properly.

“The Supreme Court judgement will help the party put all the issues at rest and come together as a family to mobilise and focus on the main agenda for the party now, which is to win the presidential election come 2023.

“We are one family and will work together whatever our differences. We will all still carry the umbrella. We are here to see the preparedness of EDSIEC in terms of their infrastructure to conduct the local government election,” Obaseki reassured.