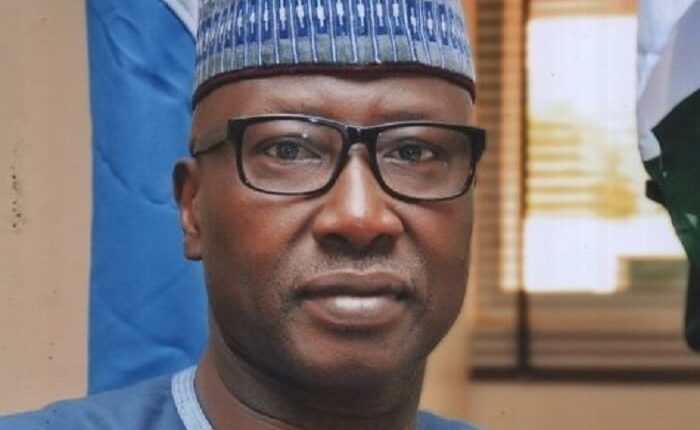 The Presidential Task Force on the COVID-19 Pandemic has appealed to Nigerians to refrain from looting items meant for the national response to the outbreak.

The National Coordinator of the task force, Dr Sani Aliyu, made the plea while briefing the press in Abuja on Monday, noting that some of the warehouses for COVID-19 items do not contain food items.

He said: “Some of our warehouses do not contain food items, they contain medical equipment, test kits and valuable items that are extremely important when it comes to the COVID-19 response.

“Therefore, we are pleading with all those that are currently in the process of planning etc., to desist from doing so. It is important that our assets are protected, it is important that what the country has bought for the purpose of the COVID-19 pandemic and what our donors have provided are used for the purpose that they are meant to do. And this purpose does not include looting of the items.”

The coordinator also clarified the difference between the task force mandate and that of CACOVID.

“CACOVID is a private sector initiative which was set up in the early part of the response as a contribution to the government’s effort. The PTF has worked very closely with CACOVID to deliver some of our key mandates.”

He informed that the process of supply and distribution of palliatives is complex but stressed the need for their urgent distribution to needy Nigerians.

He stated: “It is important to remember that as we go into the issue of palliatives, supplies, storage and distribution that this process is integrated and also very complex. But we also understand that palliatives also need to be distributed with the greatest number of urgency, so that millions of struggling Nigerians can receive economic support.

“CACOVID has been a critical partner in our response to COVID-19. They have supported the country in the supplies of PPEs (personal protective equipment).

“They also provided technical support in the development and launch of the Nigerian International Travel Portal, which has made it possible for passengers to come into the country and depart on international flights.

“CACOVID has also been working with state governments and the FCT and the Nigeria Governors Forum, to procure, deliver and distribute palliatives to 1.7 million Nigerians, to the most vulnerable households across Nigeria.

“What I am going to read out are the facts. Food items were meant to deliver to 1.7 million families across all 774 local government areas in the 36 states and the FCT. It is an unprecedented relief effort, which actually started out in April.

The sheer scale of the food programme by CACOVID meant that the programme had to be delivered in a staggered and controlled manner.

“CACOVID worked with the states through the Nigeria Governors Forum to determine the number of households that will have these reliefs, to enable states and the FCT provide clean and secure warehousing for the food items.

“Only the Lagos warehouse is private property, the rest of the warehouses have been state warehouses.

“It also included the adoption of CACOVID guidelines on how the food will be delivered, which involved states and local government committee comprising chairpersons, religious organizations etc, to ensure equitable distribution of the food among the needy.

“Since the deliveries began with CACOVID and state government, official flagging and handover have taken place in 28 states and the FCT. And these states have been distributing items in various places based on need.

“It is also important to clarify that some of these states government have bought their own palliatives that they are distributing. Some states have received complete or near-complete deliveries of the food items allotted to them.

“As of today, several states have confirmed the completion of their distribution.

“It is therefore quite concerning that we continue to see images of looting on the social media given all the work that has been going on and the goodwill of the private sector towards supporting the COVID response.

“We do understand the underlying issues, but we continue to plead with the general public to exercise restraint and allow this process to conclude.

“At the PTF, we will remain focused in dealing with the pandemic, this is our mandate and we will not be distracted and we plead with the public to continue to work with us as well as our private sector partners and state governments so that we can get on top of what is clearly a major issue not only nationally but globally that continues to challenges governments across the world.”

Earlier in his remark at the briefing, PTF Chairman and Secretary to Government of the Federation (SGF), Mr Boss Mustapha, expressed concern that persons had located and looted palliatives for COVID-19.

While noting what he called the unfortunate #EndSARS protests across the country, which he said has inflicted great economic costs on the nation, he added: “Of particular concern to the PTF, is the issue of palliatives found and looted from various warehouses around the country.

“It is important to make the following clarifications. The Federal Government Palliatives consisted largely of the 70MT of grains released from the Strategic Grain Reserves as well as rice secured from the Nigerian Customs Service.

“The share for each State were handed over to the State Governments for onward distribution to the citizens.

“The private sector coalition (CACOVID) that has been quite supportive of the Federal Government, worked with the States through the Nigerian Governors’ Forum to determine the quantum of their intervention, which was intended to be effective and equitable. A number of indices were worked out for this purpose.”

NLC tasks FG to investigate those who hoarded COVID-19 palliatives