• Government failure is the bane of education sector ― Shekarau 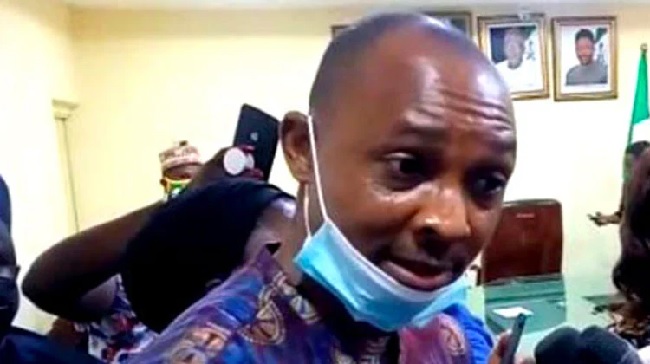 The Academic Staff Union of Polytechnics (ASUP) has criticised the establishment of new polytechnics in Nigeria, saying it is abysmally wrong for the government to churn out licenses for new polytechnic like constituency projects while the existing ones are apparently in a pathetic state and unattractive for prospective students.

ASUP President, Comrade Anderson Ezeibe, who said this in his opening address at a workshop tagged: “Advocacy Roundtable on the Future of Nigerian Polytechnics” organised by his Union, also expressed in strong terms displeasure that the government is doing less in revitalising tertiary institutions in the country especially the Polytechnics.

“We do not agree with the continued establishment of new Polytechnics on the largely unsubstantiated premise of providing greater access to tertiary education for young Nigerians as the existing ones remain unattractive to young Nigerians. Our Polytechnics are fast becoming mere constituency projects established to satisfy political convenience.

“Our Polytechnics are currently facing an identity crisis as we are not convinced that sectorial mandates as envisioned and captured in the National Policy on Education are being met. Our products (graduates) are under-appreciated, discriminated against and traumatized by the prospects of an uncertain future after their training.

“Our members (teaching staff in the sector) are demotivated as there is little or no sense of fulfilment or self-actualisation in their chosen careers. This is adversely affecting productivity and leading to consistent migration of qualified manpower away from the sector.”

“The nation has equally been reaping bountifully from the tale of woes in the sector as shown by different economic indices which constitute an embarrassment to a nation with so much promise.

“Funding is abysmally poor leaving widening infrastructure gaps; legal and policy frameworks are insufficient leading to suspect levels of supervision and regulation; cutting edge research and Innovation activities are virtually non-existent as attempts at research remain at subsistence levels with little or no impact in society.

The famed triple and/or quadruple helix structure which provides a meeting point between Institution, industry and government thereby guaranteeing the consumption of research products for national development are currently difficult to attain.

“Curricula review is Irregular, therefore leaving the sector with obsolete curricula which is out of sync with the dynamic needs of industry and society. Indeed the current unemployment figures in the country tell the entire story of a sector with diminishing impact to the nation’s economy.”

On the Union’s intended action plan with the resolutions of the roundtable, ASUP President said; it is our resolve to engage Issues identified as core challenges through structured paper presentations which will evolve into instruments of advocacy for legislative, policy and managerial reviews leading to sustainable and impactful changes in the sector.

“The outcome of this program shall be published and distributed to relevant arms/agencies of government as advocacy materials reflecting the desired direction of growth for the sector as agreed to by stakeholders gathered for this event.

“Our union is determined to ensure that this will not end up as yet another talk, shop as we shall diligently pursue the outcomes of this program to the best of our ability.”

Declaring the programme open, the chairman of the roundtable discussion Sen Ibrahim Shekarau, said the persisting problem that bedevils the education sector in the country, as well as the incessant industrial action, is the failure of the government to do the right thing.

“One problem that I know that make a strike persists is the failure of leadership in government. The fact is that unions are there to promote the wellbeing of their members and to promote the objective of the various institutions established.”

Verdict: The viral WhatsApp voice note claim is a hoax. The content is not new and has been circulated as a broadcast message several times in the past.Stop establishment of new polytechnics, ASUP tells FG