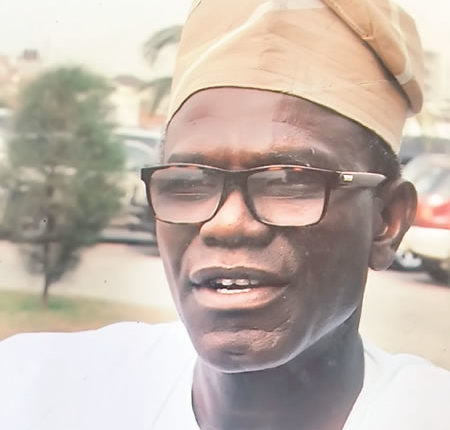 The Chairman, Harvest Feeds Agro-Processing, Goke Adeyemi has said the continued starch importation into the country is discouraging local farmers from producing cassava.

Adeyemi also said that starch processors were also discouraged by starch importation because they can’t compete favourably with the imported starch due to the high cost of processing starch locally.

Speaking with Nigerian Tribune, Adeyemi said it has become necessary for the government to consider increasing tax on imported starch by at least 40 per cent in order to allow local processors to compete in the market.

Imported starch sells below N150,000 per ton, while locally produced starch is sold for about N200,000 per ton. The high price of local starches as a result of the high cost of production.

Nigeria is currently the largest producer of cassava in the world, with annual production at over 50 million tons.

Adeyemi said “Importation of starch is still going on massively, most of the companies that use starch in Nigeria still stock their warehouses with imported starch and creating the challenges of patronage for the locally produced starch.

“We are crying that this is affecting farmers in Nigeria because if the off-take of cassava is very low by the starch producers, evidently, the encouragement the farmers need to continue to farm and tackle issues around food security, issues around industrialization, even the loans from the Anchor Borrowers Program that those farmers take to grow cassava may be problematic to return because the off-market from the local starch producers is very low.

“We need to do something very fast, and what we are still asking for is that the import adjustment tax on cassava starch coming to Nigeria should be increased urgently so that it can stimulate local production of starch.

“Cassava starch processing in Nigeria is expanding, there are new factories coming up, we in our own factory, we are increasing our capacity by almost 100 per cent.

“So we are increasing starch processing capacity in order to satisfy local market without importation, but when there is low patronage locally, we will not be encouraged to do more”.

It is evident that job creation would suffer if this issue is not addressed. This is because the local industries require heavy skilled and unskilled labour, so by increasing the import adjustment tax, there will local patronage of cassava starch which is also of good quality.

Currently, Nigeria requires about 600,000 tons of starch annually, while our annual production is about 100,000 tons, leaving a deficit of 500,000 which is imported.

Adeyemi explained that a ton of starch is sold for N200,000 in the market, which means that Nigeria is spending about N100 billion annually importing 500,000 tons of starch.

Speaking further on starch importation, Adeyemi said “It is an issue that is very topical and it came up in the Economic Recovery Growth Plan (ERGP) Focus Lab that President Muhammadu Buhari initiated in 2018.

“Even though Nigeria is the largest producer in cassava, but so far, starch production is still at infancy in Nigeria, the issues are such that right now the imported starch in Nigeria is attracting very low import duty, it’s about 5 to 10 per cent, as a result, they sell imported starch in Nigeria at about N140,000 to N150,000 per ton, however, the starch producers in Nigeria cannot sell at that price because our processing cost is quite high, and the yield of cassava is still very low.

“Cassava starch producers are largely rural companies basically and infrastructure in rural are very poor, the government is making some efforts and we can see it, however, we want it accelerated so that Nigeria can take rightful place as the biggest processors of cassava, that is our aim”.