Stakeholders knock NRC over importation of wagons without locomotive engines 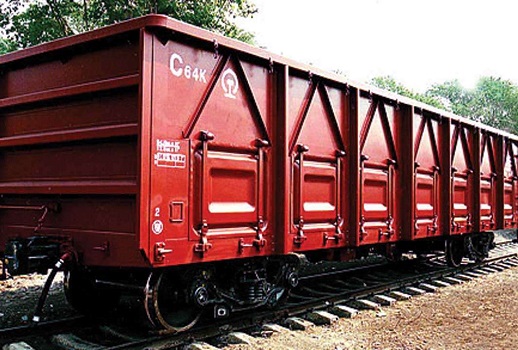 STAKEHOLDERS in the railway sub-sector have expressed concern over the recent importation of open wagons from China by Nigerian Railway Corporation (NRC) for use on the existing narrow gauge, even though there are no functional locomotive engines that can travel as far as Kano and Kaduna with container loaded wagons.

Investigation carried out have showed that currently, the NRC only has the capacity to evacuate 20 footer and 40 footer containers from Apapa port to Ajuba depot at Ebute-Metta Junction in Lagos, and Omiadio railway depot in Oyo State, thereby forcing containers bound for Kaduna Dry Port and Kano Inland Container Depots (ICD’s) to be moved by roads via trucks.

Speaking on this development, Mr Eric Umezurike, Managing Director First Rit Nigeria Limited, a Transport and Logistics company said that the management of the NRC did not get its priority right.

He wondered why the management of the NRC, with the approval of the Federal Ministry of Transportation, will import open wagons when the engines in the corporation’s fleet breakdown at regular intervals during the daily short distance Lagos Mass Transit Train trips from Iddo to Ijoko/Kajola.

Another stakeholder, who is an importer, Mr Oluwole Olawunmi in his remarks stated categorically that, it could have been better for NRC to import Locomotive engines that can convey bulky goods and passengers on long distance trips than to import wagons for evacuation of bulky goods and petroleum products that are stationary.

Managing Director of the corporation, Engr Fidet Okhiria had attributed the importation of the 18 wagons to a renewed effort by the Federal government to decongestant Apapa ports, adding that the wagons will soon be deployed to dry seaports in Kaduna and other states.