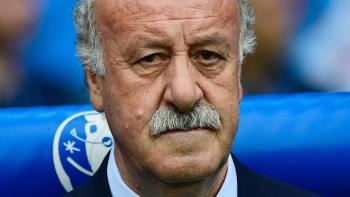 Spain manager Vicente del Bosque says he is quitting after his side’s elimination from the second round at the 2016 European Championship by Italy.

The 65-year-old led La Roja to victory at the 2010 World Cup, the first in their history, and a second successive European Championship in 2012.

The News Agency of Nigeria (NAN) reports that Del Bosque took over as boss after Luis Aragones led Spain to their first major trophy at the 2008 Euros.

Del Bosque told Spain’s Radio Nacional on Thursday: “I have no intention to remain as coach.’’

He added: “No matter what the result of the Euros, I had no doubt about what my future would be.’’

He offered to resign after Spain’s exit at the group stage of the 2014 World Cup, but was convinced to stay.

Spain won their opening Euro 2016 games against the Czech Republic and Turkey before a defeat by Croatia meant they finished as Group D runners-up.

NAN reports that this led to their having to face a second round match against Italy.

He led Real to two European Cups, two Spanish league titles, one European Super Cup and one World Club Cup during his four years in charge.

How woman dumped her son’s corpse in canal

Euro 2016: France puts too much pressure on Pogba –Lizarazu